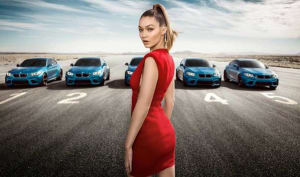 Since Google announced that 360-degree video was coming to YouTube many brands have rushed to take advantage of the technology.

Brands from Oreo to AT&T and even BMW and McDonald's have thought of ways to take users on a 360-degree journey, with Google's VR lead Aaron Luber explaining that VR and 360-degree video on YouTube is giving users, in some cases, their first taste of this new and emerging technology.

“Global search interest for virtual reality on Google has grown by nearly four times in the last year,” he says. "The technology has the potential to change our daily lives — from how we communicate to how we spend our leisure time. It's early days, but it's already happening, and now is the time for brands and creators to understand what it all means,” he added.

Luber says that brands are “forging the way” when it comes to testing and learning with 360-video, adding that brands are using the new offering to create everything from safety videos, film events and even as a way to get creative with traditional advertising.

To highlight what brands are doing, YouTube has compiled the top 10 most watched branded 360-degree videos from around the world.