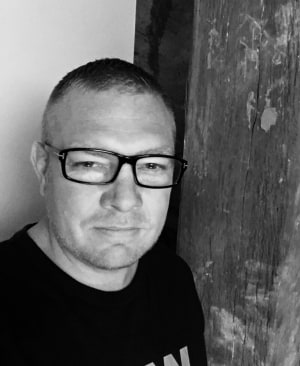 Cam Blackley is joining M&C Saatchi as chief creative officer after nearly four years at BMF. He will begin his new position in March 2018.

His appointment follows the departure of Andy DiLallo at the end of last year. The position has been open since his exit.

Blackley has over 20 years experience at agencies both locally and in international markets including the UK and US, holding roles at Grey and Publicis overseas. He was one of Droga5 New York's original employees, brought over by David Droga in 2008 to launch the Sydney office, which later closed, before being poached by BMF as ECD.

Under his creative lead at BMF, the agency has produced award-winning work for Aldi, TAL Insurance, MLA, Australian Government and Football Federation Australia.

“Cam is a great guy, has built an outstanding team and delivered a great body of work. He’s helped us achieve ‘Effective Agency of the Year’ and really bring BMF back to its best. Fortunately for us, part of his legacy is a World Class creative department with real strength, depth and diversity of talent at every level. It’s with our thanks and very best wishes that he moves on to pastures new," Steve McArdle MD of BMF says.

Blackley's addition follows other major hires for M&C Saatchi, including Adam&EveDDB's Russell Hopson and UM's Sophie Price, who joined as group head of strategy. Michael Canning and Paul Taylor continue in their roles as executive creative director in the Sydney and Melbourne businesses respectively.

Hopson says: “Cam’s work has delivered brilliant, populist, effective ideas that live and thrive in the modern media landscape. This is precisely what we need to fulfil our goal to be Australia’s most influential creative company. We’re ecstatic to have him and can’t wait until he starts.”

"I’m absolutely rapt to lead the creative future of M&C Saatchi. They are one of the most ambitious and creative companies in Australia. Everyone I’ve met to date has impressed me with their vision for the business and love of our industry. And I’m very proud to leave a successful and diverse department at BMF that I’m certain will continue to fire in the future," Blackley adds.