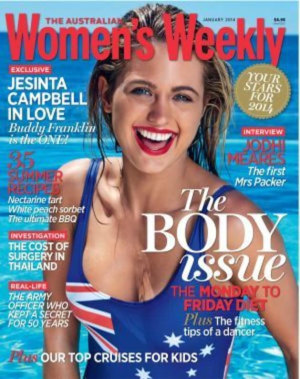 Bauer Media is undertaking an 'entertainment restructure' across Woman's Day, NW and OK! Magazine, with reports 11 editorial staff could be made redundant.

In its quest to future proof the publishing house and reduce duplication in all parts of the business, AdNews understands Bauer plans on centralising content and planning departments.

A spokesperson on behalf of Bauer Media said this is "another step to building a stronger future for the organisation".

"The executive team remain focused on ensuring Bauer takes advantage of all market opportunities and optimises its internal efforts through a collaborative workforce, improve efficiencies and ways of working across titles.

"We want to reassure our readers that our well loved brands will not change, neither will the editorships of each title.

"Within the restructure, most roles will remain as is or new roles will be created. There will be 11 roles impacted by the change, which Bauer will look to redeploy across the broader business.

"Bauer Media is looking forward to delivering further value and entertainment for its readers and building a stronger future for the business."

The Daily Telegraph reports that staff were left in shock after being called into a meeting announcing the centralised editorial model last week, which will come into effect as soon as next week, 2 July.

The shake-up comes after Bauer acquired three new titles from News Corp – Inside Out, Country Style and HomeLife.com.au.

The company has also been making headlines after the defamation case by Rebel Wilson. While the international media group were originally ordered to pay the actress $4.5 million, that amount was later reduced to $600,000 on appeal.

Bauer's main competitor Pacific Magazines also announced redundancies across the editorial teams of Who and New Idea recently in order to improve profitability.