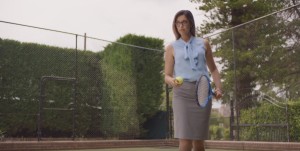 72andSunny Sydney has launched its first campaign for Chubb Insurance at the Australian Open, after recently being appointed to the account.

Chubb signed a multi-year sponsorship deal with the Australian Open, joining as the official insurance partner for the tournament.

The Australian Open campaign is the first piece of work from a larger global platform created by 72andSunny Sydney which was shot in Australia in December, and will go global in February.

“We’re thrilled to be partnering with Chubb; a company with a super clear purpose, a hunger for creativity, and a pleasure to make things with," 72andSunny Sydney CEO Chris Kay says.

"And, to work with them on a campaign born in Australia that in the next month goes global is pretty cool.”

The Australian Open campaign will run across social, TV, print, digital and display.