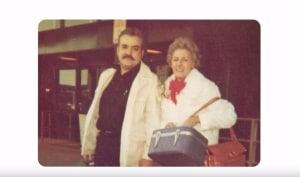 This year's Super Bowl ads delivered everything from celebrity-fuelled comedy and nostalgia to the 2020 presidential campaigns.

US President Donald Trump and Democrats candidate Michael Bloomberg both ran ads, at US$10 million each, during the game to promote what they stood for.

First timers to the Super Bowl included Facebook and Pop Tarts, while other brands such as Olay and Squarespace returned after a hiatus.

Brands showed their support for women with 49ers coach and the first female coach in the Super Bowl, Katie Sowers, starring in Microsoft's ad and Olay launching an all-female commercial, #MakeSpaceforWomen, to inspire and help close the gender gap.

Others like Heinekein, Jeep and Cheetos chose to hit a nostalgic chord referencing film and music.

While most relied on comedy and celebrity appearances, one of the favourites of the game was Google's 'Loretta' which was praised for taking a more emotive approach.

AdNews asked local creatives to review their favourite ads of the 2020 Super Bowl.

CHE Proximity creative director Gavin Chimes
Snickers set the benchmark for Super Bowl humour with their platform ‘You’re Not You When You’re Hungry’. But after many years, the campaign was starting to run out of legs. With this new spot, they’re back to their brilliant ways. From talking robot vacuums to the literal feeding of a giant chocolate bar to the world, there are countless gems that demand repeat viewing. While every other brand is earnestly talking about saving the planet, Snickers have done it with a sense of self-awareness that’s both refreshing and hilarious. And maybe that’s what we really need right now.

M&C Saatchi chief creative officer Cam Blackley
“The Snicker’s hole, It’s working” says actor Luiz Guzman at the end as a couple of influencers live streaming plunge to their doom. This is everything I want from a Super Bowl spot. Big. Cheeky. Just enough insight. The simple premise here - the world isn’t itself right now so it needs a Snickers. (Obviously Coke couldn’t fix it). I love that the song blames mother nature for manmade wrongs. And the lyric “it’s a dumb thing to do, but if it works we all win” is superb because that’s totally what the creatives said to their CD. It’ll win.

VMLY&R chief creative officer AUNZ Paul Nagy
As a Chiefs fan, I thought the game was awesome. As a man, I am grateful there wasn’t some incredibly ripped, fifty-plus-year-old dude up on stage during half-time entertainment to set spectacularly unrealistic body expectations for older dudes like myself. And the ads? Well, if this is meant to be where the bar is set (on film), then nothing really reached the heights Mz Lopez hit… Overall it felt like a lot of insights that never really went anywhere and a LOT of reliance on the borrowed interest of celebrity and movies. Google’s Loretta was surprising in that it made me feel something for technology – one of the few genuinely surprising moments. But for me, the winner was Snickers which proved that a truly great creative platform doesn’t have a use-by date. It’s let down by what feels like some rushed craft, but it made me laugh and I certainly agree with the sentiment… you only need to look at the political ads during the game to see where a chocolate bar most needs to be inserted.

Special Group Australia ECDs Julian Schreiber & Tom Martin
As two creatives who can be easily accused of using a fair amount of celebrities, we can only look at the Super Bowl with a mix of awe and envy. These agencies can use anyone famous from anywhere! And they almost use them in every single execution. So, with that in mind, looking how they use the power of celebrity so much - we decided our absolute fave for 2020 Superbowl is the ‘MC Hammer Can’t Touch This’ for Cheetos. As the perfect twist on using a person’s reason for being famous to promote a brand – you can’t touch this. ‘Smaht Pahk’ by Hyundai made us laugh, but still… you can’t touch this. ‘Ground Hog Day’ by Jeep made us wish we watched the movie again but at the end of the day… you can’t touch this. ‘Typical American’ by Bud was a great twist on all the criticisms Americans draw from the world, but against the Cheetos execution…? Please. You can’t touch this.

Clemenger BBDO creative director Lea Egan
Not a great year TBH. I don’t think there’s anything particularly stand out. I like that Microsoft told the story of Katie Sowers, the first female, and openly-gay NFL coach. I think that’s an important story to tell on a stage like this. But unfortunately the predictable execution let it down. It could’ve been great. So instead I’m gonna pick the Cheetos spot staring MC Hammer. Because MC Hammer. And because of those picnic-rug pants. It’s simple. Funny. Well-executed. And plays to an ownable product truth.

DDB Melbourne ECD Anthony Moss
My favourite of this year’s Super Bowl commercials was the Cheetos spot featuring MC Hammer. For years, Cheetos have been producing entertaining spots about the product truth that Cheetos leaves dust on your fingers. So, it was great to see the Cheetos dust turned into a positive of a guy getting out of a range of situations. Before the big game, they did a teaser spot featuring MC Hammer in a throwback to when he wrote the song in the 80s, and how the name of the song was born. The spot has all the right ingredients for a Super Bowl ad. Comedy, a huge track, a celebrity and the product playing a key role. Well done, Cheetos.

Host/Havas ECD Jon Austin
From Molly to MC, nostalgia was the feeling-du-jour this Super Bowl. But nostalgia can’t be half-assed. Faithfully recreating The Shining, but randomly featuring Bryan Cranston randomly hawking soda, just felt, well… random. Too often, it felt like the nostalgia angle was shallow or the product was crowbarred in. So, when it comes to glorious throwbacks, I’m going with Jeep’s Groundhog Day spot. From the Punxsutawney B&B decor to the WPBH van, this is spookily spot-on. Chuck in a brilliant product angle on turning a day you can’t leave into a day you don’t want to, and you’ve got my vote for top spot.

The Brand Agency creative director Dean Hunt
The Super Bowl is big. Big name celebrities, big money, big stakes. And yet, my favs appear to have come from a little germ of an idea. Jeep’s 'Groundhog Day', Little Caesar’s 'Sliced Bread' and Reese’s 'Take 5' all go big with old gags giving new laughs, while ticking off proof points and remembering what ads are about – selling stuff. My favourite though is … drum roll, sushi roll… Rocket Mortgage, 'Jason Momoa'. Correct use of celebrity, I got what Rocket Mortgage stands for, and it made me laugh. For me, in a world of big and bull, Jason’s tiny little arms won the Super Bowl.

The Royals deputy ECD Sebastian Vizor
This "Super Ads Sunday" felt a little lacklustre when compared to previous years; be it the noticeable Skittles omission, or that sadly 'Tide Ad' couldn't live up to last year's perfect campaign. I did, however, appreciate "Budweiser's Typical American" as it felt un-American, which is novel in itself, but for me, the whole occasion should be about frivolous entertainment. So, I have to go with Jeeps Groundhog Day. Maybe because it shares the same birthday as me, but mainly because it seamlessly tapped into culture and that it used the celebratory partnership we've come to expect, to perfection. This "Super Ads Sunday" felt a little lack...

Digitas creative director Simon Brock
If you subbed Oprah for Ellen in the Alexa ad, a Hemsworth for Jason Momoa in the Rocket Mortgage spot or Miley Cyrus for Maisie Williams in the Audi ad, the creative wouldn’t change a bit. But in Heineken’s Daniel Craig vs. James Bond, the celeb is the lynchpin of the creative and the work is the better for it. A great premise, a meaningful celebrity tie in, smart integration of product and film release and some clever retouching (creating versions of this spot with both alcoholic and non-alcoholic beers is a nice touch) make this a standout for me.

Common Ventures co-founder & creative director James Crawley
As you’d expect, there was such an abundance of clever irreverence – Pringles x Rick & Morty made me giggle like an idiot – but for me, Google’s ‘Loretta’ spot takes the Caramello Koala. In the midst of huge productions, flashy effects and some truly massive celebrities, the confidence to lead with a beautifully sentimental story, and tell it with restraint, is no mean feat. It demonstrates the product naturally and manages to make one of the world’s biggest, most powerful corporations feel like an individual. 10/10.

Bastion Banjo creative directors Laurence Cronin & Georgia Arnott
For this year’s Super Bowl many brands threw a lot of money, celebrity, comedy and even strategy at viewers in an attempt to win them over. An honourable mention goes Jeep Groundhog Day. It was the best of the comedic pack. However, for us, this year’s MVP – Google Loretta. Google zigged when everyone else zagged. No big budget. No celebrities. No special effects. No comedy. Just a beautiful heart-warming emotive story well told.

Apparent creative director Michelle Turchini
For me this year the Super Bowl winner was Google ‘Loretta’. It’s an incredible, captivating piece of storytelling that manages to take us on an emotional journey with the simplest production budget out of all of them. I can imagine it was a hard pitch to convince stakeholders that running an ad about grief, death, loss and aging during the Super Bowl will work. An old man trying to remember details about his wife doesn’t sound like it could compete with the celeb-studded, big budget entertainment spots. It’s hard to connect technology with emotion, but Google manages to illustrate for us again the power of real human stories.

GPJ head of strategy Jessica Quiney
In 2019, Budweiser supported the Lionesses, Vans challenged stereotypes of female skaters, the US Open encouraged us to celebrate #womenworthwatching and Nike told us to Dream Crazier and Dream Further. An unprecedented number of brands celebrated and championed the trailblazing women, who are making waves in women’s sport. However, many brands faced backlash for jumping on the bandwagon and were challenged to prove that they were practising what they preach. Brands that want to make a statement about women’s sport have to advocate for female athletes and not just benefit from the wave of popularity. Microsoft’s mission is to empower every person and organisation on the planet to achieve more. By celebrating the career and contribution of Katie Sowers and her many inspiring firsts, Microsoft is certainly empowering an unsung hero, and will undoubtedly inspire others to believe they can achieve more too. Their contribution to this conversation is a powerful one because it is an authentic translation of what they stand for.