Super Bowl: An art director's view of the ads 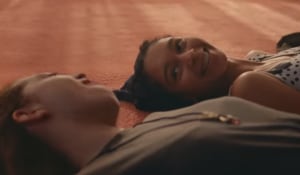 A Super Bowl advertisement is an opportunity for a brand to make a statement about its mission.

They are well aware that a 60-second Super Bowl commercial affords them an unprecedented level of access into the homes of millions of around the world.

This year, from Turbo Tax to Sabra Hummus, from Microsoft to Olay, we saw, as the LGBTQ+ media organization GLAAD dubbed it, a “rainbow wave” of advertisements.

When some of the world’s largest brands are leaning on folks from the LGBTQ+ community to carry its water -- outside of Pride Month and during an event that, for decades, embodied machismo culture -- it’s clear we are entering a new phase of inclusive advertising and hopefully, leaving tokenism in the past.

Beauty and gender stereotypes have persisted in the industry for far too long. For example, 70% of women still don’t feel represented in media and advertising.

In response, Getty Images, in partnership with Dove and Girlgaze, created Project #ShowUs which features 5,000 images created by women and non-binary individuals to put an end to the narrow definition of beauty consistently portrayed around the world.

More often than not, advertising is a pulse of the social, political or cultural conversation of the day. So, let’s look at some other themes that persisted in this year’s Super Bowl advertisements.

It’s clear that the big tech companies understand machine learning and artificial intelligence have sparked fears around privacy and security.

So now, they want to show us why technology can make our lives easier but, more importantly, better.

Amazon used Ellen DeGeneres and Portia de Rossi to reimagine a world that takes several steps back into Victorian England, the Elizabethan times, the Old West, the Middle Ages and then the Nixon era.

Google used their 60- second commercial to show how an elderly man used their AI-powered Google Assistant to remember his dead wife, Loretta.

And Microsoft’s spot tells the story of Katie Sowers, the first woman to coach in the Super Bowl, who uses the Surface to better design plays for her team.

Generation X is back in the spotlight

OK Boomers, time to move over. As Generation X continues to age, they are replacing the Baby Boomer demographic and clearly being targeted with generational stars like Winona Rider and Molly Ringwald.

Brands are also targeting the demographics heartstrings through ads like New York Life’s “Love Through Action” and an understanding that Gen X-ers will soon be taking care of their parents.