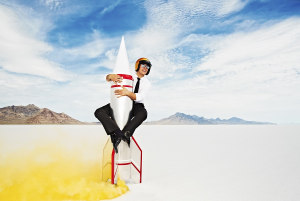 Media and creatve agency new business revenue surged by more than a third in the four months to April compared to the same period last year.

Consultancy R3 estimates combined media and creative new business revenue was up by more than 35% to 43.1 million.

Spark Foundry, with its Toyota win, was at the top of the Australian media agency new business pitch league for April 2021, according to the analysis by R3.

Carat's South Australian Tourism Commission win took it to fourth from 12th in the league.

OMD, with the Victorian government account, was second and PHD third.

In the four months to April, overall media agency new business revenue was estimated at $US12.8 million, up almost 75% compared to the same four months in 2020.

And for creative agencies, the estimated overall revenue was $US30.3 million in the year to April, up more than 40% from the same four months in 2020:

The R3 New Business League has been compiled since 2002 using data supplied by multinational agencies.