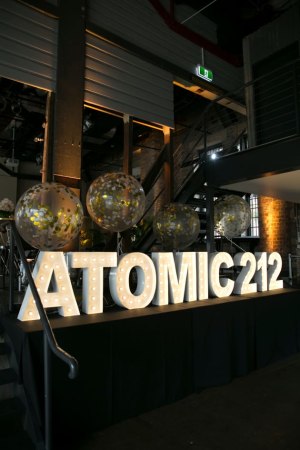 The CEO of independent creative and media agency Atomic 212 has been forced to publicly refute rumours that his business is chaired by media mogul Stuart Mitchell. In a statement issued to media this morning Dooris denied allegations that his agency has made untrue claims about the clients it works with.

As far back as 2014 AdNews reported on the mounting speculation that Stuart Mitchell could be getting back into the media agency game. Mitchell, along with father Harold, ran media shop Mitchell & Partners before the business was acquired by Aegis in 2010. The Mitchell name was only axed last month.

Dooris says there was speculation about a claim in one of its awards submissions that Stuart Mitchell was chairman of Atomic 212.

“I seek to clarify that Mr Mitchell was a consultant to our chairman, Barry O’Brien, and our board.” Dooris says.

Dooris also moved to address some market speculation about the validity of the Agency Head of The Year Award it received from Campaign Asia for 2015/2016.

“We have had claims reported back to us that our award submission contained misleading information. We refute this,” Dooris says.

“As an agency that prides itself on its clients, work, team and reputation, it is important to address this issue. We want any award won by Atomic 212 to be undisputed and celebrated.

“As CEO of Atomic 212, it is my personal responsibility to ensure the highest standards exist in award submissions at all times. Final approval and review rests with me and I am committed to ensuring our standards are high and consistent now and in future.”

Dooris says while aware that an award submission is “always going to be open to interpretation, it was never the agency's intention to be ambiguous” and is is “gratified” that the Campaign Asia team supports this view.

“As a new type of agency that combines creative, media, data, technology and many other emerging services under one roof and business, there is a challenge determining where we fit into many awards programs,” he explains.

“In competing in awards events, we always seek to find common metrics and values that allow achievements or client value to be compared across service lines. This is no easy task. After questions were raised, we set about reviewing individual awards from the perspective of the lowest baseline; are our submissions clear and obvious enough? Is the context sufficient to tell the full story we need to tell? Can the juror distinguish between creative achievements, media achievements or technology service and software sales achievements? Does any lack of clarity around these distinctions cloud a jurors’ ability to make accurate comparisons between an Atomic 212° submission and that of another organisation?”

As part of this process and review it identified areas in its submissions which “may be of concern to non-full-service agency competitors” and immediately contacted Campaign Asia 2016.

This week Campaign Asia reviewed the award, this time accompanied by additional and comprehensive evidence and on consideration and full review of the facts, Campaign Asia advised that the award should stand. After assessment of the entry, it said it was comfortable the agency met the submission criteria.

Dooris says the agency has been accused of claiming it works with clients that are not on its roster, and being misleading around billings. He says competitors contacted brands listed as Atomic clients and were told they did not work with the agency, however Dooris says this “is untrue”.

“It is common practice for full-service agencies to enlist specialty third-parties and associates within campaigns. We can verify that those which form part of our submission worked with all the brands listed,” Dooris says.

“As we work across many different service lines, disciplines and media channels, it is highly possible that we may be working with client personnel who do not have a media role.

“Disputed clients mentioned in our submission, whom we have contacted, are prepared to support and validate our work with them. It is also usual practice for the lead agency to claim the client in its billings.”

Chairman of Atomic 212 Barry O’Brien says he appreciates that some of its competitors may feel parts of its submission “are a stretch”, however, having worked closely with Campaign Asia, he is satisfied as chairman, that the evidence of its work and the clients it has done work for, backs up that submission.

“We are exceptionally proud of our people, our clients and our relationships and thank all our clients, who are supporting us over this issue,” O’Brien.

Disclaimer: Atomic 212 won a number of AdNews Agency of the Year Awards in 2016. AdNews is satisfied the entries met the submission criteria. You can find more information on our 2017 awards here.