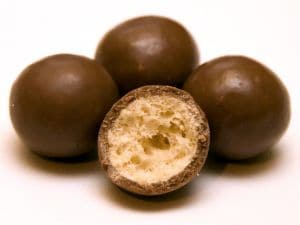 The Advertising Standards Bureau (ASB) has dismissed the complaints about a Mars confectionery ad for Malteasers that calls out the confectionery company for allegedly advertising homosexuality to young children.

The ad, is supposed to be a tongue-in-cheek spot which centres around two girlfriends eating Malteasers while their boyfriends sleep. The girls manoeuvre their boyfriends into an embrace on the couch while they sit on the floor. The men then snuggle into each other and one man kisses the other without either man waking up fully.

The complaints range from homophobic comments to accusing the advertiser of encouraging people to laugh at gay people.

One said (sic): “I find it very offensive that while I’m watching TV with my child that an ad with a man kissing another man to come on to try and sell chocolates just like smoking and drinking alcohol leads to young people to do these things, I feel strong that advertising homosexuals is trying to turn young people gay.”

Another commented: “The two women place their boyfriends in a sexual/suggestive position while they are asleep. They are seen to kiss. The two women then laugh at what they have done. This ad is offensive because it continues to perpetuate the idea that being gay or male closeness is something to be ridiculed and laughed at.”

Mars responded saying that the advertisement was created to depict a range of people acting in a playful, innocent manner as they consume Malteasers.

“The advertisement does not portray people or depict material in a way which discriminates against or vilifies a person or section of the community on account of race, ethnicity, nationality, gender, age, sexual preference, religion, disability, mental illness or political belief,” Mars said.

“The intention of this particular advertisement was to showcase a playful moment between two girl friends who play an innocent joke on their boyfriends who have fallen asleep on the couch whilst watching a movie by positioning them to hug one another, knowing that each boyfriend would mistakenly assume they were hugging their girlfriend. The way they position their respective boyfriend is in no way sexually suggestive and in fact is something that would be acceptable to do in public without causing offence.”

The ASB dismissed the complaints, saying that there was no suggestion that the girlfriends considered homosexuality as something to be ridiculed but rather the women were playing a joke on their partners due to their sleepy state.

“The Board considered that the joke was not a derogatory sentiment toward homosexual men and did not depict material which discriminates against or vilifies a person on account of sexual preference,” The ASB ruled.