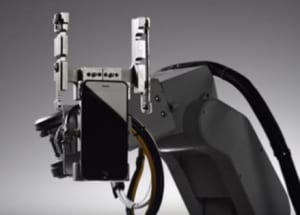 Apple has held its much anticipated Spring Event overnight, and the tech giant didn't disappoint.

CEO of the business, Tim Cook, not only revealed a raft of new products, he also used the global stage to address the company's on-going dispute with the US government.

Earlier this year, the US Obama administration requested that Apple write and digitally sign software that would make it easier for investigators to guess the passcode for an iPhone 5C, used by one of the shooters in the December attack in San Bernardino, California, that left 14 people dead.

Apple has been refusing to comply to court orders filed by the government, with Cook overnight using his opening statements to reiterating Apple's stance.

“We need to decide as a nation, how much power the government should have over our data and our privacy,” Cook says. “We owe it to our consumers and we owe it to our country. This is an issue that impacts all of us, and we will not shrink from this responsibility.”

The Spring Event also saw Apple announce a new phone, iPad and even a robot. The new iPhone that is set to drop is the iPhone SE. Instead of getting bigger, Apple has now gone back to its four-inch routes, with this new device having similar dimensions to the 5s. However this new tech, while looking fairly similar, will have all the grunt of it's much bigger cousin the 6s.

The SE will include an NFC chip for Apple Pay, an A9 processor and an M9 motion co-processor. This new device also comes with a more friendly price tag, with prices starting at $399 (USD) for the 16GB model.

Along with the new phone comes a new software update, with iOS 9.2 dropping today. One of the most notable changes is “Night Mode”, which features colours which will help eyes better adjust in the evening and in the early morning. The update also features app suggestions in Health and a more customised News offering.

Apple also revealed its rolling out a smaller version of its iPad Pro. Featuring a 9.7-inch display, the device will include the new pro Retina display with greater brightness, a wider colour gamut, and lower reflectivity.

The business also revealed Liam the recycling robot, whose job it is to break down old iPhones so that the parts can be reused. Meet Liam below: