US accuses Apple of marketing tactics in FBI showdown 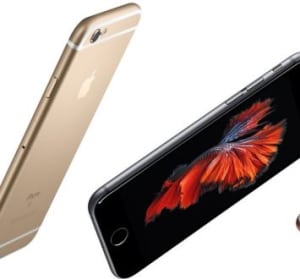 The FBI has accused Apple of prioritising its PR strategy over a terrorism investigation as the showdown between the US Obama administration and Silicon Valley computer giant over security and privacy rumbles on.

The accusation was made in a court filing demanding Apple comply with an order to unlock an iPhone belonging to the San Bernardino terrorists.

The government has asked Apple to write and digitally sign software that would make it easier for investigators to guess the passcode for an iPhone 5C used by Syed Farook, one of the shooters in the December attack in San Bernardino, California, that left 14 people dead.

According to The Guardian the Justice Department attorneys said: “Apple’s current refusal to comply with the Court’s Order, despite the technical feasibility of doing so, instead appears to be based on its concern for its business model and public brand marketing strategy,”

Apple said that forcing it to do so would undermine trust in the security of its company’s products and it was quick to add a “customer letter”online – something the court felt was more of a PR stunt.

“We are challenging the FBI’s demands with the deepest respect for American democracy and a love of our country. We believe it would be in the best interest of everyone to step back and consider the implications,” Apple CEO Tim Cook said in the letter.

“While we believe the FBI’s intentions are good, it would be wrong for the government to force us to build a backdoor into our products. And ultimately, we fear that this demand would undermine the very freedoms and liberty our government is meant to protect.

Cook added that rather than asking for legislative action through congress, the FBI is proposing an unprecedented use of the All Writs Act of 1789 to justify an expansion of its authority.

He said for years, cryptologists and national security experts have been warning against weakening encryption and that doing so would hurt only the well-meaning and law-abiding citizens who rely on companies like Apple to protect their data.