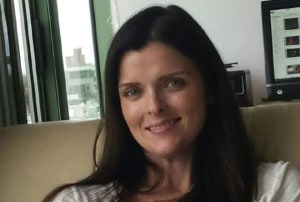 The Supreme Court of NSW has ruled in favour of Seven West Media, finding its former executive assistant Amber Harrison in contempt of her gag order.

Harrison, who revealed an affair with Seven CEO Tim Worner in 2016, was found to have been in breach of a court-ordered gag order after she gave interviews to the media last year, followed by a series of tweets targeting the network.

Harrison took to Twitter multiple times to accuse the network of engaging in "cover-ups" and "witch hunts".

Yesterday, Justice Michael Pembroke handed down his judgement and while he acknowledged that he could sympathise with her circumstances, there was no defence for her actions in contravening the order.

"She was angry, perhaps understandably so, and felt that the court system had let her down and that the plaintiffs had bullied her. What she did and why she did it are perspicuous," justice Pembroke said.

"The substance of the defendant’s complaints is well known. In her first interview, she said, with some justification, that this dispute started as a ‘spat between two people’ but that it had turned into something different."

A spokeswoman from Seven stated the following:

“Seven notes the court has found the defendant in contempt. We note our action was only to enforce the existing Supreme Court orders and we trust now that no further action will be necessary."

Last year Harrison agreed to a permanent gag order preventing her from speaking about Worner and the company, after walking away from a three-day battle in the Supreme Court.

Harrison claimed she was pushed out of Seven West Media after complaining about Worner, which led to an investigation that saw the EA accused of $276,000 in corporate fraud.

She admitted to repaying $14,000 in personal expenses, but that most of the money she was accused of misappropriating was either proved legitimate ($130,000) or struck off as expenses against her boss ($71,000).