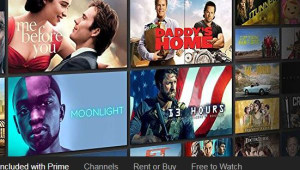 Amazon is hunting a free-to-air TV exec, according to a new job ad in the UK.

Main responsibilities include engaging internal teams and acting as the "internal champion for free-to-air" and advertising-funded content.

Originally uploaded with the title of 'head of free-to-air and advertising', the ad has since been changed to head of prime video partnerships.

The ad reveals that the e-commerce giant is increasing its play in the European free-to-air market and opens the door to questions around what role Amazon is looking to play in the TV sector, on top of its on-demand streaming venture Amazon Prime Video.

According to the posting, Amazon is looking for an individual to "develop Prime Video's European strategy for free-to-air and advertising-funded channels, collaborating with global peers".

Based in London, Amazon states "this is a new and fast-growing area within Prime Video", with channels already launched in the US, UK and Germany.

This individual would be responsible for widening the content range with the development of free and advertising-funded channels.

Below is the original link to the job, featuring its original title.

The role will also require the successful candidate to establish a 'test and learn' approach. 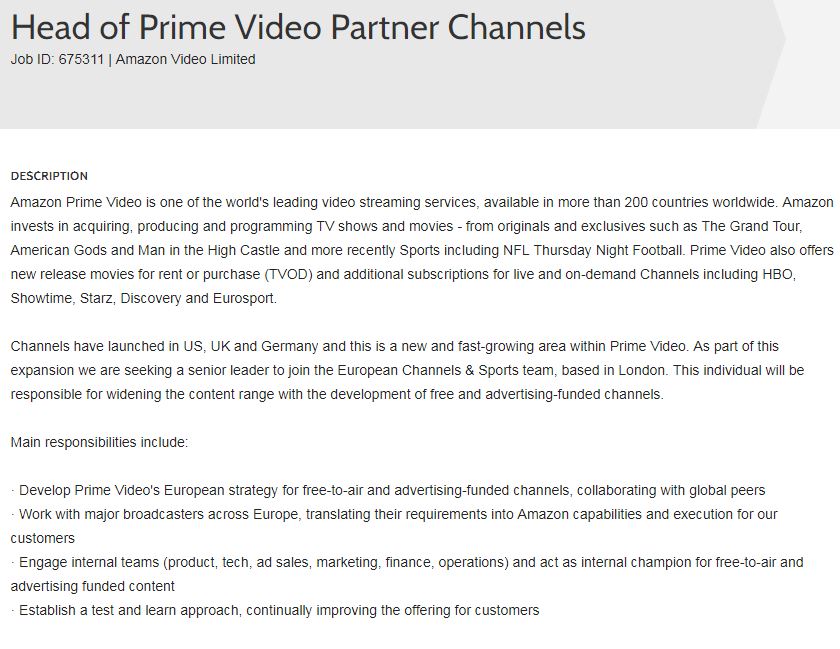 Most recently, Amazon Prime Video secured the rights to broadcast The English Premier League (EPL) for the first time in the UK.

Amazon has already launched a huge global campaign, which has been localised for Australian consumers here.