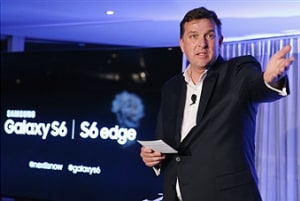 For the past three years since leaving Samsung, he has been CEO of Blue Ocean Brands, a boutique management consultancy.

Since February, he has also been CEO of Virtical, a training and consultancy business that develops Virtual Reality training content.

During his time at Samsung, Lenior led the launch of its Gear VR virtual reality headset and devices.

Amazon officially launched in Australia on Tuesday with local brands flocking to the ecommerce site.

It has yet to roll out any major launch advertising campaigns, but it's understood to be working with Ogilvy locally.

Amazon Australia country manager Rocco Braeuniger said last week: "By concentrating on providing a great shopping experience and by constantly innovating on behalf of customers, we hope to earn the trust and the custom of Australian shoppers in the years to come."

Earlier this year AdNews revealed that Amazon was hunting more than 230 staff for its Australian operations.

Last month, it was revealed IPG was setting up a division specifically for Amazon.