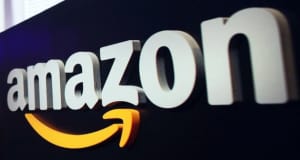 Amazon has today confirmed what every Australian retailer has been fearing for years. Its arrival in Australia is imminent and it's actively inviting retailers and brands to sign up as partners to sell goods on its Marketplace platform.

A banner ad on its Australian website invites Aussie retailers and brand owners to be part of the online selling platform.

Since the digital giant launched its online video service Prime here in December, the clock has been ticking towards its arrival down under.

It has now confirmed that Amazon Marketplace and grocery services Amazon Pantry and Amazon Fresh are also on the way, according to the Australian Financial Review, although a timeframe is not clear.

It launched its Amazon Web Services (AWS) here in 2012 providing back end services and now its consumer facing retail operation is on the way. Earlier this year AWS poached Adobe's director, communications Japan and Asia Pacific, Julie Cleeland Nicholls, as its new director of communications, signalling it too is ramping up. She had been at Adobe for six years.

Many Aussie retail brands such as Woolworths have set up internal taskforces to deal with the impact of Amazon, future proof their business model and prepare for the increased online competition. In November last year Woolworths said its Amazon team will be different to that which competes with Coles and Aldi, and was established solely to respond to Amazon.