Advertisers are missing the mark with mums, says Nine 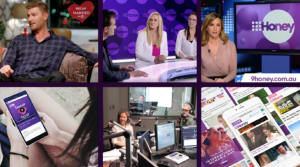 Nine's new platform aims change the ways brands communicate with mums and provide marketers and agencies a native solution across its broadcast, digital and audio assets.

The platform, 9Mum, was launch back in November a vertical on Nine's women's network, 9Honey, following the digital overhaul of Nine.com.au.

Off the back of research that found advertisers are "missing the mark" when it comes to connecting with Australian mums, Nine looks to build 9Mum as its own website as client demand for this demographic builds.

It is supported by an expanded team, led by lifestyle journalist Kelly Baker, as well as a podcast aimed at mothers, School Run Mums, which will be live in coming weeks.

While a timeline for the relaunch of 9Mum is yet to be determined, head of lifestyle Helen McCabe tells AdNews she feels confident that 9Mums as a standalone asset will be successful.

"We put a flag in the ground for 9Mums when we launched 9Honey. Now seeing how much it has resonated with clients and audiences and the amount of content it produces, we can see it deserves more than a vertical," she says.

The study, conducted by 9Honey in partnership with Hoop Research Group, looked at the changing attitudes and behaviours of Australian mothers over five years.

Comparing more than 800 respondents, it found that the media is misrepresenting mothers as unhappy and they are content doing their best.

Key trends from the research

“Too often the media and adland presents us with this image of an overworked, underappreciated Aussie mum,” 9Honey network editor Kerri Elstub says.

“The reality is that most Aussie mums love their role and do generally feel like they are getting support and appreciation.”

Nine director of innovation, partnerships and experience Lizzie Young says that with more than 6.2 million mums in Australia it was important for marketers to reach this audience across a variety of platforms, in a tone that was both respectful and showed they understood their situation.

“The study has provided fantastic insight into the current mindset of Aussie mums, which has informed the development of a better way to genuinely connect with these women,” Young says.

“The combination of our scale, our content expertise – across television and digital – and our incredible stable of respected and much loved talent is a compelling proposition for any brand striving to deliver marketing-led growth.”

More mums are happy than the media portrays

McCabe, Nine's head of lifestyle, says it was this shift in the female audiences online that had led to the launch of 9Honey last year.

Since its launch, 9Honey has drawn audiences of around 1.3 million Australians and brands such as Flight Centre, Dyson, Chanel, CommBank and Honda have advertised on the site.

“Four months ago we announced our intent to really enter this space and speak to an audience of women who were very familiar with the Nine brand but haven’t been specifically catered for in the online space,” McCabe says.

“I’m thrilled with the initial audience numbers and looking forward to seeing us continue to seek to own the conversation with women across television, digital and audio.”

Nine recently ramped up its podcasting strategy built around many of its existing news, sports and lifestyle brands. This month Mamamia launched a parenting podcast backed by Westpac, which McCabe says reinforces the enormous interest in this medium.

“We believe Nine is uniquely positioned to capitalise on all these different mediums, be it television, digital or audio,” McCabe says.

“The changes we are announcing today are another proof point in how we can reach audiences wherever they are and help marketers as they seek to navigate a fragmenting media landscape.”

When Nine announced it was moving further into podcasting Mamamia founder Mia Freedman took to social media to "remind" everyone that the women's media company had been doing podcasts for two years before its competitors.

When asked about competition in the market, McCabe says it's inevitable and an endorsement of Nine moving into the right space.

"The more competition there is, the greater it shows that clients are wanting more from this space. The reality is there are other platforms in the market doing similar things, but our differentiator is our uplifting content, which is encapsulated in the "Make Life Sweeter" tagline."