Helen McCabe on the future of media: ‘Just look at Twitter’ 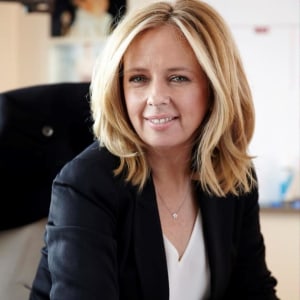 Publishers are stampeding into video and throwing audiences at social, lured by the hope that readers and ad dollars will follow. But while media companies are being captured by the shiny new thing, Nine head of lifestyle Helen McCabe isn’t confident you can back one way of storytelling as the future of journalism.

“The thing I’ve learnt is that you can’t say the future of journalism is going to be social or video and if you do, you’re going to be wrong because you can’t back one horse.

“Look at Twitter for instance. While I’m not convinced it’s dead, that’s the conversation in market. I’ve watched Instagram get bigger and bigger and right now everyone’s talking about Facebook Live – it didn’t exist a few months ago.”

McCabe was speaking to AdNews about Nine’s newly launched digital women’s network, which she aims to integrate into its television offering.

She joined Nine six months after the announcement was made she would exit her role as editor of the Australian Women’s Weekly. McCabe has had an extensive career in media, beginning her career in Adelaide televison before working for 12 years in newspapers.

“Having done television, magazines, newspapers and a bit of radio, I reckon my learning curve in this role has been sharper than any other learning curve,” McCabe says.

While taking her six months gardening leave, McCabe invested in a product management course to prepare her for the changing media landscape.

“In my day it was unusual to go from television to print – not many people did that. Now it’s completely normal.

“Some days I have bad days when I consider the future of journalism, were I’m concerned for it – especially when I look at salaries in comparison to the salaries from the old media world.

“That’s a good indicator that things are changing very quickly in our profession and people are required to be good at social, print, video and more. I think the young journalists coming through are incredible because they can do all that.

“I think storytelling has to remain but what that storytelling will look like and how its commercialised will continue to change rapidly. Good luck is all I can say.”

Twitter recently cut 9% of its global work force, including MD Karen Stocks. It has been widely reported the company is losing money and struggling to find a buyer.