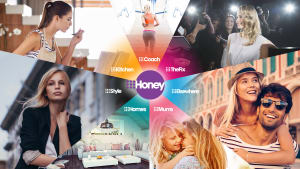 Nine has merged its women’s verticals to create a “one stop shop” for female audiences in the first major move from head of lifestyle Helen McCabe, as she aims to integrate Nine’s television offering with its digital business.

The rebrand follows the launch of 9Honey in April 2015 and the digital overhaul of Nine.com.au announced earlier this year.

Speaking with AdNews, McCabe says the rebrand of 9Honey has been strongly driven by commercial clients who recognise 85% of buying decisions are made by women.

“A lot of ad dollars are going into that space but we hadn’t yet drawn it together as a proposition,” McCabe says.

“It was clear to me we needed an overarching umbrella and that has become 9Honey. As we knew it, 9Honey was a fashion and beauty site which I didn’t think was the right fit.

“My ambition now is to integrate the TV business into our digital business.”

McCabe is confident in her relationships with key women’s brands from her previous role as editor of The Australian Women’s Weekly.

On the type of advertising 9Honey will host McCabe says: “The native advertorial type of approach is not going away and I worked closely in that field in my previous role. There are ways of doing great integrated pieces with clients but it will be a mix between native and display.

“We want it to be known in the market that we are a one stop shop for grocery buyers. The women that watch our TV shows now have a place to go to buy the products they see.”

Nine enters a competitive market with Mamamia being a strong force in the sector and News DNA launching a dedicated women’s networks this year. Recently Bauer also moved its content into hubs, grouping together content from the portfolio of brands – a similar strategy to 9Honey.

Despite a cluttered space, McCabe feels confident Nine can achieve cut through.

“I have the fabulous advantage of the TV network,” she says. “It will be hard and I don’t expect we will get it all right and get cut through in a small amount of time but I have a shot at it with Nine backing us – I’m banking on them.

“We might decide in 12 months time to do something completely different – the hard work now begins now. This is just the first stage of the evolution."

“Major brands have been asking for a dedicated offering tailored to a female audience and the 9Honey network represents one of the most significant content launches we have made in some time,” he says.

Sonia Kruger is contributing to the site

In a signal to the integration 9Honey will offer, Nine TV talent will be contributing to the site including Sonia Kruger, Leila McKinnon and Shelley Craft.

McCabe has brought on former supervising producer of A Current Affair Kerri Elstub to edit the new 9Honey network.