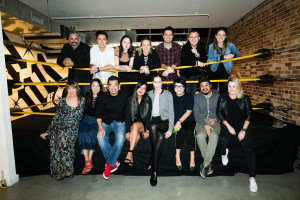 72andSunny has added an additional six people to its Sydney team, hiring execs from The Monkeys, M&C Saatchi and Leo Burnett.

"It's super cool to grow a team with a mixture of the best young diverse talent from both Australia and our own company globally. We can't wait to see what this gang will culturally deliver for our partners’ business," managing director Chris Kay says.

Oliver joins the team from The Monkey's where she was the brand director on Telstra. She will lead the eBay business. Oliver is the second Monkeys team member to join 72andSunny, with strategy director Mollie Hill helping launch the Sydney office.

Kiwi natives, Jones and Maan join the creative team from M&C Saatchi where they worked on the Lexus account.

Yueh and Yaptinchay come from the 72andSunny family. The pair both recently worked at 72andSunny Los Angeles.

72andSunny Sydney has been quietly establishing itself in the market, launching with Google, eBay, Sea Shepherd, Dropbox, AFTRS and Semi Permanent Semi as foundation clients.

The agency recently revealed some of it's first work Down Under for eBay:

AdNews visited 72andSunny Amsterdam on a recent trip to Europe. Read about it in the October edition of AdNews in print.  Subscribe to AdNews in-print to download the digital version here.