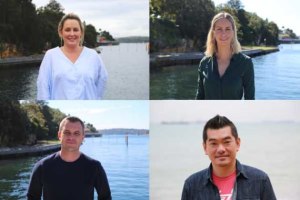 The full-service agency, which currently has offices in New York, Los Angeles and Amsterdam, has also hired Johnny Tan as executive creative director to service the Sydney and Singapore offices.

Tan joins from BBH Shanghai where he was chief creative officer for 12 years and launched the China agency. He also spent time at BBDO China and Y&R New York. He will be running the offices with Chris Kay, who is leading the agency's Sydney and Signapore operations.

The arrival of the agency, which is 13 years old and owned by MDC Partners, has been rumoured for more than a year and will ruffle some feathers in the local market.

It prides itself on creating work that is "culture-shaping" and recently launched an influencer network called Sundae which is designed to pair people and brands through purpose.

"Joining the 72andSunny family and taking a swing at a new way of thinking on home turf is the perfect combination of opportunity, excitement, and a little bit of nerves. I can’t wait to get started," says Tan

Kay says 72andSunny's philosphy is around being "comfortable with change" adding that it was "born modern", which makes it better equipt to deal with the changing dynamics of the industry and what clients need. He describes the team as "creative pragmatists".

Currently 303 MullenLowe works on the eBay account, but AdNews understands 72andSunny will take on the account at the end of the month. 72andSunny was named the eBay's lead global creative agency in March this year.

72andSunny also joins Google’s agency roster, which includes The Hallway and a number of other agencies leveraged on a project-basis, AdNews understands.

The Works has worked with Sea Shepherd in the past to produce the award-winning Ultimate Death Scene campaign. Sea Sheperd works with agencies on a project basis, so it's not clear if the agency will continue to work with the charity.

Former BBH London strategic business lead Ngaio McCreadie has taken up the role of director of operations and talent at the agency, helping shape the agency's team on the ground in Sydney. She is a Kiwi with a background at BBH London, BBH Singapore and NZ's Colenso BBDO.

The diversity of the launch team for 72andSunny Australia is a point of pride for Kay and creative co-chair John Boiler, who says talent has always been the motivator for the agency's growth.

"The radically diverse cultures and innovative spirit across this region inspired us to to finally jump in," Boiler says.

"In Sydney and Singapore we're building with a mixture of homegrown and local talent to create a unique and regionally relevant expression of our company and culture. We look forward to finding some like-minded partners to share this opportunity with.”

You can read more about 72andSunny's launch into Australia and Singapore and what the agency stands for in an exclusive interview with AdNews in the June issue in print.