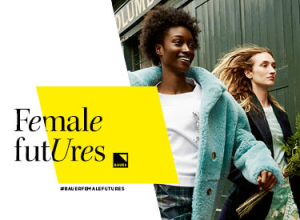 The concept of mainstream Australia no longer exists and brands need to adapt their marketing to communicate with modern-day women, a study from Bauer Media has revealed.

Partnering with leading brand strategy agency, The Lab, Bauer found marketers are out of touch with the modern Australian woman, and are still relying on tired stereotypes.

Although the 'mainstream' woman doesn't exist in Australian society anymore, marketers are still using that ideology to target women.

Jane Waterhouse, head of Bauer's Story54, says marketers are still pigeonholing women often using the stereotype of a 38-year-old of English ancestry, who is married with two kids, a three-bedroom house and two cars.

Bold & Brave acknowledges the societal change toward protest, such as the #metoo movement. Anna Preston, head of strategy at Bauer Media, describes Bold & Brave as women who "challenge the world around us".

Preston says that marketers can tap into Bold & Brave through depictions of women with inner strength, resilience and self-determination.

Despite this, the outdated and stereotypical image of the mainstream woman continues to circulate instead of being interrogated.

"Australia seems to be lagging behind and is more risk-averse than other markets. Here it seems brands tread more carefully and are more likely to fall into stereotypes. I get it. The stereotype is easy to fall back on with such a diverse, fragmented audience and in a post demographic world," Waterhoue says.

"The reality is mainstream Australia no longer exists."

While the research shows that brands and marketers are struggling to keep up with the modern woman, Waterhouse says she doesn't think they are completely failing.

"In the last 18 months, there has been some terrific work from The Defence Force, AFL, Bonds and Holden, to name a few, that align with the redefined woman," she says.

Waterhouse recognises the rules of marketing are being rewritten and marketers must use diverse, different and digitally led thinking to connect with women.

Currently at 6.2 million words, Waterhouse says the pressure is on to hit 10 million by the end of 2018.