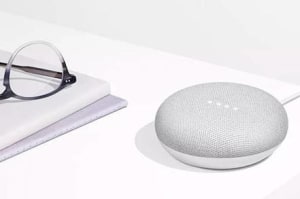 72andSunny has released its first work for Google since being added to the brand's roster in May this year.

The campaign promotes the Google Home Mini product, which is set to launch in Australia in late October.

In the 30-second spot, an Australian woman narrates the many features of the Google Home Mini, including its ability to read recipes, the weather and connect to YouTube, Netflix, Spotify and Stan.

The ad is a local iteration of the 72andSunny Los Angeles work.

Google was one of 72andSunny's foundation clients for opening its Sydney office this year, alongside eBay, Dropbox, AFTRS and Sea Shepherd.

The agency launched its first work for eBay last month, introducing a new brand positioning that celebrates its 18-year history and individualism.

Since officially opening its doors in May, 72andSunny has grown its team to 15, recently appointing six execs from The Monkeys, M&C Saatchi and Leo Burnett.