Yarra Trams targets out of towners

Yarra Trams is teaching visitors in the Victorian capital how to "tram safe" in a new campaign created by Icon Agency.

The Melbourne-based agency was appointed by Yarra Trams to roll out the next phase of the safety brand platform This Is How We Tram, with the aim of educating visitors around how to safely travel on a tram, helping reduce incidences of falls and injuries.

“Safety is paramount at Yarra Trams. That’s why we knew we had to relay our safety messages to visitors and native Melbournians alike in a fun but educational style," Yarra Trams, director, passenger and network innovation, Emilie van de Graff says.

"Tram Coach from the creative team at Icon really helps to get that message across.”

Now in its third iteration, the latest campaign, ‘Wherever you’re from, this is how we tram’, is due to be placed across digital ‘Destination Melbourne’ tourist channels, Yarra Trams social media channels, Adshels, and mixed tram media.

Creating iconic characters that are visiting from far-away places – namely, a wizard, Viking and an astronaut – being welcomed and educated on tram safety by Tram Coach helps showcase Melbourne as an all-inclusive, highly adaptable city.

“Melbourne is a cosmopolitan city. We mix easily with people wherever they’re from and welcome them with open arms," Icon Agency, creative director, Ed Bechervaise says.

"Tram coach has been teaching locals how we tram for a while now. We thought it was time to take his message further. Now he’s a global safety ambassador for Melbourne’s trams.”

The digital campaign geo-targets incoming visitors from the country and overseas, serving them content before arrival.

Additionally, outdoor tram stops, on board tram media and collateral in tourist hubs remind visitors of how to tram safely while they’re in Melbourne.

“Trams are a Melbourne icon and one of the best ways to see the sights, getting a real authentic taste of our great city," Icon Agency creative director, Rod Clausen says.

"But if you’ve never been on a tram before, it may be a different experience at first. We specialise in behavior change and thought a campaign that uses Tram Coach’s universal charm would be a fun way to capture and retain consumer attention.”

Yarra Trams delivers more than 5,000 services a day and their focus is on delivering safe, reliable and easy-to-use services for their passengers.

The creative and digital campaign, which is running online and offline, is due to be rolled out through July and August. 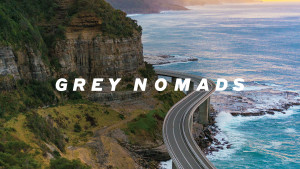 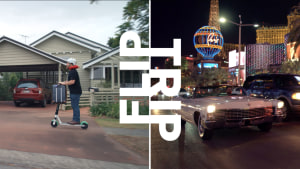