It's that time of year again; Volksfest, Volkswagen's spring sale, has sprung. And it just happens to be koala mating season too.

And while those two things are usually unrelated, this spring you'll be hoping its a slow mating season if you're in market for a new car.

The campaign by DDB Sydney for this year's spring "mates rates sale"- Volksfest 2014- leverages the Koala mating season. Volkswagen will run the sale until two of Currumbin Wildlife Sanctuary’s koalas, Trevor and Irene, couple up and make a family or November 30 arrives – whichever comes first. Which means it's safe to assume there will be a lot of Barry White playing around a certain wildlife sanctuary over the next month.

Led by a series of TVCs, Volksfest Mate Rates is supported through digital, radio and social. As Volkswagen say "You'd better get down to business before these two do." 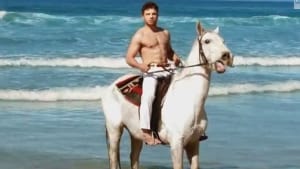