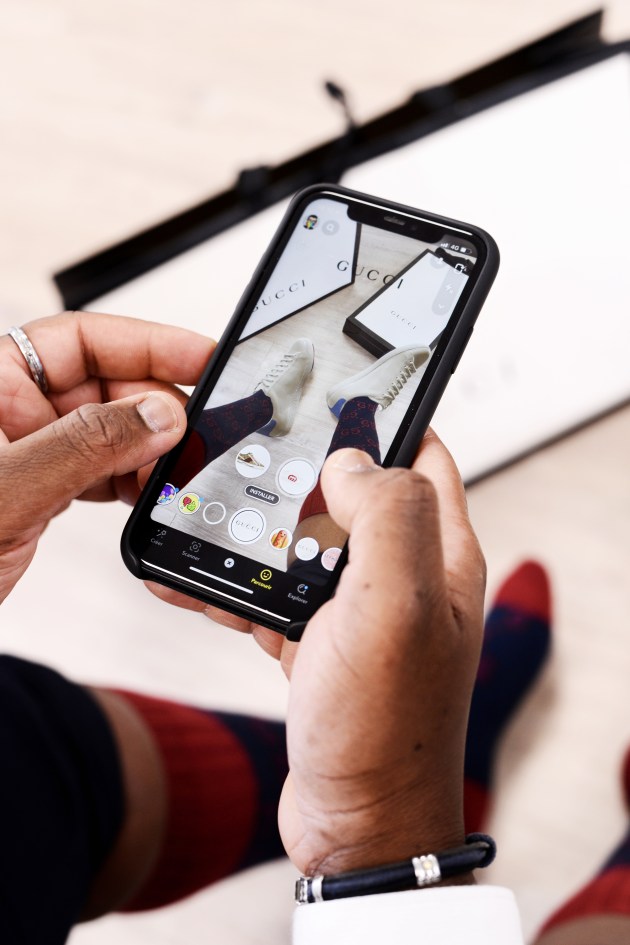 People will be able to try on Gucci shoes via Snapchat's AR lenses.

The new lenses allow Snapchatters to virtually try on and purchase some of Gucci’s most iconic shoes virtually via Snapchat.

These new lenses allow Snapchatters to try out the Gucci shoes in AR to see how they look wearing the brand’s newest products.

Should users like what they see, they will then be able to purchase directly on Snapchat via a Shop Now button.

This is the first time this technology has been used by Snapchat in conjunction with a brand since the camera app first announced the feature at the Snap Partner Summit conference held in June this year.

"Gucci has always been an incredibly innovative partner. They approach every Snapchat activation with the same creativity they are known for in their designs and we know that when we come to them with new opportunities they will understand immediately the power of our technology and audience," Snap Inc head of fashion and beauty Selby Drummond says.

"Snapchatters are actively looking for more and more ways to engage with brands on our platform and we're so excited to help partners like Gucci connect with them during this time.

"The entire industry knows that augmented reality try-on is going to be incredibly important to the future of commerce and after many years of investing in the space, we're proud to share it with Snapchatters alongside a brand that they love."

This is not the first time Snapchat and Gucci have teamed up, having last year launched a Portal Lens which transported Snapchatters to a Gucci-themed island.

The brand also sponsored a limited edition pair of Snapchat’s latest Spectacles in a collaboration with director and visual artist Harmony Korine.

In addition to launching in Australia, the lenses will be available to Snapchatters around the world in the US, UK, France, Italy, UAE, Saudi Arabia and Japan.