Nightjar launches new brand and site for a plum 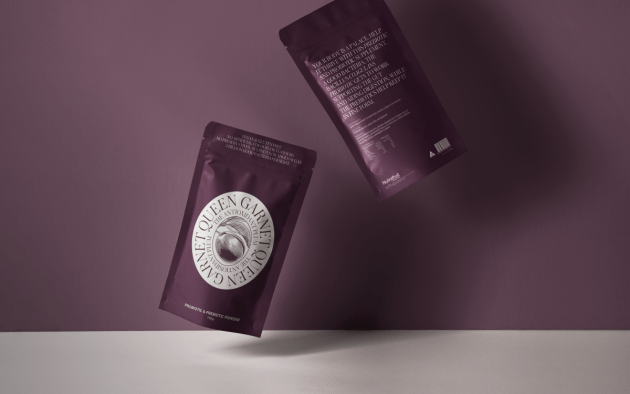 Sydney-based experience design studio Nightjar have launched a new brand and e-Comm site for a plum.

No ordinary plum, the Queen Garnet is a superfruit which has immunity-boosting properties due to extra high levels of anthocyanin - the antioxidant which gives the plum its dark purple flesh and unmistakable taste.

With the fresh fruit season shouldering off, and people confined to their homes for the foreseeable future, the new e-Comm website entices customers to boost their immunity through the range of value-add products - which include 100% plum nectar, 100% freeze dried plum powder, and probiotic powder and chewables - delivered direct to their door.

Largely unknown outside its group of core loyalists, the Queen Garnet brand needed a total overhaul to appeal to a younger, wider demographic - and to realise its ambitions as a premium health product.

"We wanted to work with Nightjar because they showed us they really care about the business and making the customer experience the best it can be - not only beautiful, but also ensuring conversions," Nutrafruit CEO and managing director Luke Couch says.

"They’re nimble and responsive, like us, and the scope of what we’ve achieved for Queen Garnet is incredible.”

A complete departure from the old brand, Nightjar took inspiration from the timeless botanic illustrations and created a new logo, branding, packaging, and website for the Queen Garnet, with tongue-in-cheek messaging encouraging customers to look after their ‘majesty’.

Quirky copywriting, clever 3D videos to show the transition to new packaging, and an elegant e-Comm experience brought together using the Shopify API, have seen sales double in the first week.

"We've seamlessly integrated multiple platforms and technologies to provide Nutrafruit's customers with a cohesive end-to-end journey, and the internal team with business tools and systems that scale as they do.”

The Queen Garnet wonder-plum is nutrient dense, containing an assortment of healthy vitamins such as vitamin A, vitamin C, and vitamin K.