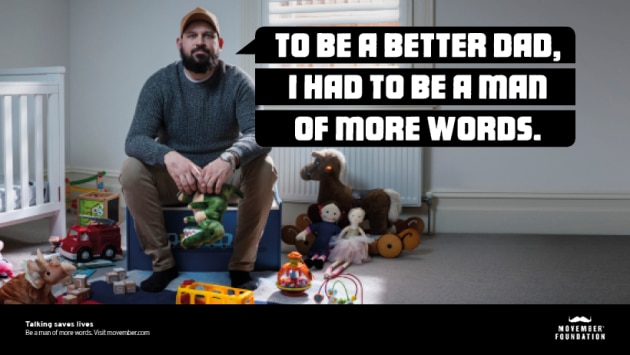 Movember is encouraging men to open up with zero judgement in its latest campaign.

In New Zealand, three out of four Kiwi’s that take their lives are men. With a new campaign by BC&F Denstu, Movember hopes to continue the conversation of mental health and prevent suicide.

They do this by encouraging men to answer a few simple questions such as 'How do you see yourself' and 'what stresses you out the most?'

It's a continuation of last year's 'Right to Grow’ campaign, which spoke directly to young Kiwi boys through a school program and recruited them directly to the movement.

In response to their clean-shaven rules in school, Movember sent 178 personalised letters to principals requestion. In response, schools suspended their rules allowing schoolboys to participate in Movember.

Dentsu Aegis Network strategy director Ryan Jordan says: “Last year we saw the benefit of unlocking a point of social tension for Movember to action a campaign around. We wanted to give Kiwi guys something simple, fun and easy to do over and above growing a moustache that will have a positive impact on their mental health.”

To participate simply go online and hop on the Movember mensus website and answer the simple questions.