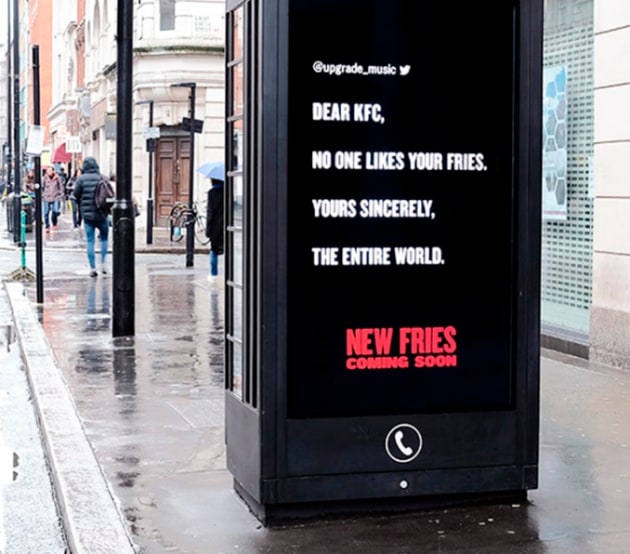 KFC turned a tweet slamming the brand into a campaign to promote its new recipe.

A tweet criticising KFC has been used in its latest ad campaign.

The tweet complained about the French fries available in its UK stores, stating "Dear KFC, no one likes your fries. Yours sincerely, the entire world".

In a somewhat unusual move the fast-food chain opted to use the criticism as a launchpad for its new recipe.

It was used across out of home, print and digital.

Some were confused by KFC's decision to amplify the tweet, including its rival Burger King who retweeted it with the caption 'Weird flex but ok'.

However, it was followed by KFC's new campaign 'Ain't No Small Fry', introducing the new recipe.

The agency behind the campaign, Mother, was also responsbile for the famous 'FCK' ad following the chicken shortage.