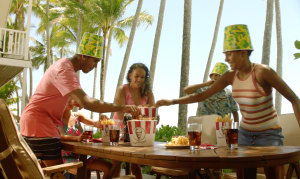 AdNews loves a buckethead and, equally, loves the 1990s Socceroos jersey that Ned Zelic immortalised when he scored that goal from an impossible angle against Holland to qualify us for the Barcelona Olympic Games.

So when KFC decided to combine the two, with the help of Ogilvy Sydney, excitement levels in the newsroom ratcheted up several notches.

KFC have run some fantastic cricket campaigns in recent years and two of the more successful ones have been its HCG celebration of backyard cricket and the remarkably successful idea to get cricket fans to wear a KFC bucket on their heads during the Big Bash League matches (see below).

The campaign comprises TV and online content, PR and social activities, creative outdoor projections and murals and a digital microsite for Australians to join The HCG Buckethead Army and support the Ashes and KFC Big Bash league.

“Over the years, we have seen more and more cricket fans donning a bucket to support the team. We couldn’t believe how this organic movement took off – and we wanted to come back this year bigger and better and make it an official movement,” KFC Australia CMO Angela Richards said.

“That’s how the idea for The HCG Buckethead Army came to fruition. We want to extend the celebrations outside of the match and really get Bucketheads everywhere. There’s a potential for 24 million Australians to show their support throughout Magellan Ashes, on the street, at work or even in their own ‘home cricket ground’ or HCG.”

Ogilvy Sydney group creative director Shaun Branagan added: “Who better to take on the Poms and their Barmy Army than our own Green and Gold Camo Buckethead Army? We are sending out a rallying cry across this wide brown land of ours to get people to enlist, and they are…in bucket-loads. That is, until dinner is called.”

AdNews is not yet convinced cricket fans will be brave enough to wear green and gold camo buckets outside the confines of a cricket oval, but some kids might be tempted to wear them at the dinner table to irritate their parents.

Either way, two great ideas combined should prove a hit when the Aussies steamroll the poms over the summer, buckets on heads. 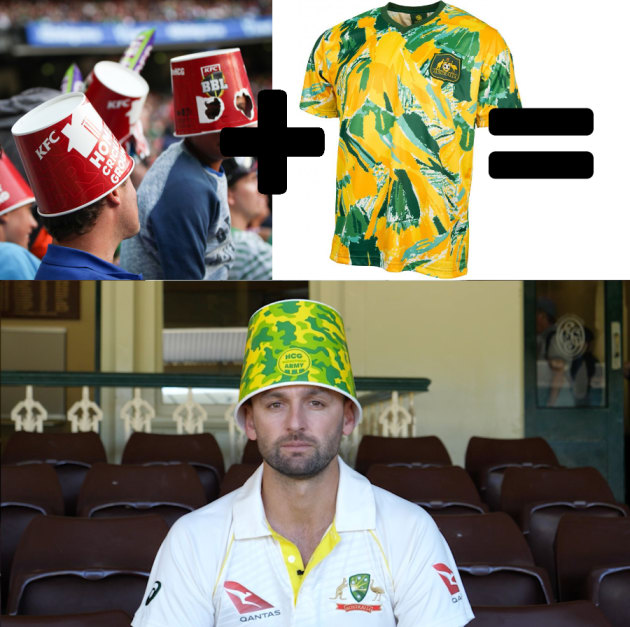