If you own a car that was built from 1999, you are being encouraged to check that the airbag isn't deadly.

Nearly two in seven vehicles in Australia that were built from 1999 have been installed with faulty airbags that have the potential to kill drivers and passengers.

This damning statistic is the driving force behind the Federal Chamber of Automotive Industries latest campaign, Don’t Die Wondering.

The public service announcement is the focus of a new fully integrated campaign to raise awareness about the problem and ensure faulty cars can be identified and fixed.

It will run across TV, radio, press and digital as well as feature on the FCAI’s website.

The campaign creative is by The Monkeys and media planning and buying by The Media Store.

“This idea needed to provoke action with the right mix of urgency without needlessly alarming people. 'Don't Die Wondering' is powerful because it walks this line, supported by a well-defined behaviour change strategy that made it easier to act,” The Monkeys Melbourne CEO Paul McMillan says.

“It’s one thing to communicate a safety message, but our idea was to help facilitate it; to make it quicker and easier to find out if your airbag is dangerous. Accenture Interactive helped us create the new VIN-to-registration technology that makes checking your vehicle a seamless process.”

To check your vehicle registration number, please visit IsMyAirbagSafe.com.au or text ‘AIRBAG’ to 0487 247 224.

Created by The Monkeys, it will appear on television and across digital channels. 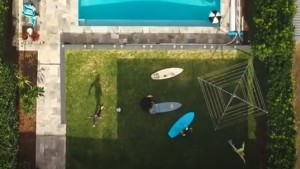 Produced entirely via virtual working methods and adhering to social distancing restrictions, the homes were filmed using a single drone over two days.