A Refreshing Wake Up Call

Canadian Club has chosen April Fools Day to launch its new campaign “A refreshing wake up call” in its latest “Over Beer?” strategy.

No, it's not a hoax. Although the TVC has the finer elements of an April Fools prank, the announcement of Canadian Club's pre-mix spirit drink offers a refreshing alternative to beer, “like a snowball in the face from a sexy person”. What's not to love?

Damian Pincus, creative partner and founder of The Works Sydney says: “We know there’s plenty of people out there who are bored with beer, it’s time to put Canadian Club front and centre. Getting hit in the face by a snowball from a sexy person was one of the few feelings we felt was on the same level as having a Canadian Club after years of slavish beer drinking.”

The TVCs will air in 30 second and 15 second versions from 1 May and will be supported by radio, out of home, digital and a limited edition themed 24 pack cube. 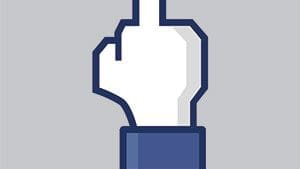 Picks of the Week