Apple to take on Netflix with its own original content 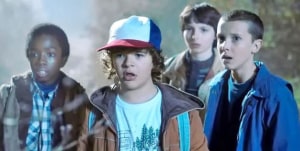 Apple is attempting to overcome falling iPhone sales by moving into original video content in a move that could mean a massive shake-up for streaming services Netflix and Stan.

According to a report by The Wall Street Journal, Apple is “in talks with veteran producers” about its plans to buy rights to scripted television programs, which have been rumoured since the tech giant relaunched Apple TV.

It also has approached marketing executives at studios and networks to discuss hiring them to promote its content.

In addition to TV, Apple indicated to these people that it is considering offering original movies.

Executives at Apple have told people in Hollywood they hope to start offering original scripted content by the end of 2017.

The shows Apple is considering would likely be comparable to critically acclaimed programs like West World on Time Warner’s HBO or Stranger Things on Netflix.

This isn’t the first time Apple has made a push into creating video content, with the tech giant recently purchasing the rights to its own version of James Corden’s Carpool Karaoke.

The company also recently announced it was working on a semi-autobiographical documentary series about the famed rapper called Vital Signs, which is expected to premiere on Apple Music later this year.

While significant, both confirmed shows are firmly rooted in music. This rumoured expansion could mark Apple's first step into non-music-related video content.

It is set to make the TV landscape even more competitive locally, entering a cluttered market with Foxtel signalling plans to "aggresively target" the SVOD market and Hayu launching. Last year Presto closed its doors, folding into the Foxtel Play streaming product.