Foxtel to add Netflix and Stan to its offering 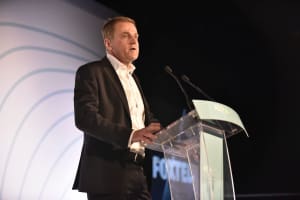 In a move to give customers what they want, Foxtel has flagged intentions to add rival streaming services such as Netflix and Stan to its new set-top box.

The Australian Financial Review is reporting that the CEO of Foxtel, Peter Tonagh, told the American Chamber of Commerce in Australia that the subscription TV player is striving to give its users what they want, and if that's content they don't have, they'll work to give it to them.

A Foxtel spokesperson told AdNews that: “Initially the plan is to be open to other services via our recently announced puck device, but the plan is to eventually have a similarly open platform for future versions of our iQ set top box. We haven’t announced any timings for either development just yet.”

This move comes in the same month that Foxtel aggressively targeted the streaming marketing by extending its lucrative deal with HBO, that produces sought after shows such as Game of Thrones. It also overhauled its pricing model to make its offering more attractive to the generation of streamers.

Foxtel announced it was releasing new packages under its Foxtel Play banner that ranged from $9 to $15 per month, with the aim to get the pay TV business more inline with its streaming rivals Netflix and Stan. The move also gives Foxtel another finger in the steaming pie, with it already owning a stake in Presto.

Speaking with AdNews recently, Tonagh outlined that listening to what consumers want is key to the traditional media player remaining relevant in an increasingly cluttered landscape.

“We know we have a huge amount of on-demand content and deliver across multiple platforms. We know we have the benefits of the best live linear sport and great local content no-one else can match.”
“We need to tell that story more effectively, getting that narrative right is key. But it all starts with listening to the consumer,” he added.