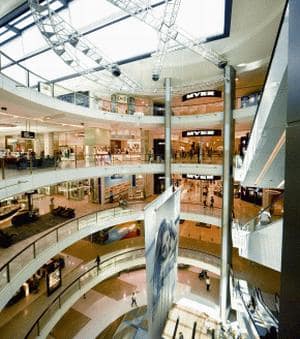 AdNews exclusively revealed in September that Westfield had put its account out to pitch, with incumbent M&C Saatchi battling it out against BMF and Moon Communications.

The account loss is untimely for M&C Saatchi, which is currently defending two of its biggest clients Optus and Qantas.

Upon confirming the review to AdNews in September, Westfield general manager of marketing John Batistich said that digital prowess would be a major consideration when selecting an agency.

Westfield has been significantly increasing its digital presence in the past year, particularly in the e-commerce space. This has occurred as Australian consumers increasingly head to overseas e-commerce sites.

The brand launched its “online shopping mall” e-commerce site in November 2010, with more than 130 retailers coming on board. M&C Saatchi won the account in 2007 from IdeaWorks and McMann & Tate.

The pitch did not affect Westfield’s media arrangements, currently handled by Ikon Communications. Ikon won the account in 2008.

Westfield spent $7.5 million on main media in the 12 months to May 2011, according to Nielsen.

Moon Communications has worked with Westfield previously on a project-by-project basis.