Whybin and BWM bow out of Optus pitch 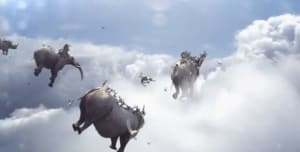 EXCLUSIVE: Whybin TBWA and BWM have pulled out of the running in the Optus creative pitch, as the race for the $73 million creative account continues.

Neither agency would comment on their decision to step back from the pitch process, although there is speculation that it could be related to Optus’ remuneration deal.

It has been suggested the two agencies were unwilling to bring their prices down to the level Optus wanted.

At this stage it is understood that incumbent M&C Saatchi and Y&R are still in the running, however neither agency would comment on the pitch. Y&R’s pitch team is made up of a conglomerate of Y&R agencies, including George Patterson Y&R, Wunderman and IdeaWorks.

An industry source has suggested that the Y&R pitch is being led by Y&R chairman Hamish McLennan, who stepped down from his role as Y&R Advertising global chief executive at the beginning of the year. McLennan has previously been group account director for the Optus account when it was with George Patterson Bates.

M&C Saatchi wrested the Optus account from George Patterson Bates in 2003. The Optus media account is also currently out to pitch.