Nestle's David Morgan: Get back to customers or extinction looms 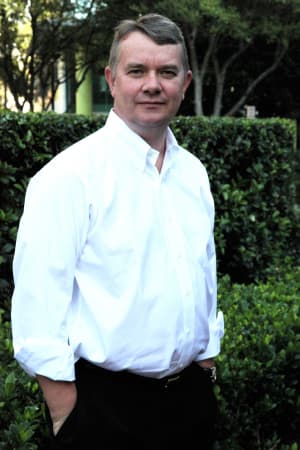 Nestlé's outgoing head of marketing David Morgan says big brands and their marketers need to ignore the noise and get back to their consumer- focused roots. Setting up his own consultancy, he plans to help firms apply the best of old-school customer-centric marketing to the new digital age.

The trade-centric approach – the obsession with process, management, economics and partnerships – must make room for the fundamentals, David Morgan told AdNews. Marketers must not allow themselves to become distracted by the crescendo of noise “that today makes it very difficult to be a marketer”.

It's never been a cakewalk, but marketing was much simpler a few years ago. Morgan spent 20 years in Asia Pacific with P&G, Citibank and Samsung, where he said his proudest moment was helping the Korean giant to believe it was not a challenger brand, but "the best... and as a result they became much more consumer focused."

Today though, it is different. That cacophony is why he moved to streamline Nestlé's agency roster “which had grown out of control” and cut back the focus to just “the things that make the biggest difference”. The move left the core agencies unchanged, with Ogilvy, McCann, Mojo and JWT on the creative side, and ZenithOptimedia on media, but streamlined out the other agencies handling segmental work.

The process took two years. A similar change program took six months at Standard Chartered Bank. But there he was global CMO whereas Nestlé is a global firm with 50-plus brands with different needs. “Rebalancing Purina is different to KitKat,” he said.

Now his work is done and he’ll finish at the end of this year. Morgan won’t be drawn on his successor, but said the FMCG giant was “well in play” to handle the “new reality”. “Nestlé needed change and they asked for it. The structure is looking good – job done, move on.”

The “new reality” is based around the old cornerstones of marketing, Morgan said. He is refocusing on consulting, via Morgan Advertising Consultants, to help those firms that have been successful in the old ways apply the core principles to the digital age.

“The fundamentals were best executed in the ‘80s and ‘90s, but it is very difficult for [brands and companies, including Nestlé] that were successful in that era to make that shift to the new way of doing things. It is not something that happens overnight.”

Many companies are realising that it is not easy to shift away from their old models. News Corp this week posted a big fall in revenue and Morgan said that was one organisation he would like to see succeed. That is despite effectively lasting a day at the company.

He was headhunted back in 2009 by Alasdair MacLeod, Rupert Murdoch’s son-in-law. Unfortunately MacLeod left the firm suddenly the next day. Morgan said that the missed opportunity to “have a stab at implementing changes that the industry was crying out for” and missing the chance “to work with such a clever, visionary leader” was one of his biggest regrets. Nevertheless that was the past. Now it is back to the future, he said.

“What we have to realise in 2014 is that we are not traditional or digital. We have to get back to the consumer-centric side of things, away from the product and [internal focus], deliver what is right for the consumer and stop thinking digital is a separate area of expertise.”

Morgan said Mark Buckman called that one right five years ago, when they were opposite numbers at Bankwest and CommBank.

"I didn't agree with everything he said, but hats off to him."

This article first appeared in the 15 November 2013 edition of AdNews, in print and on iPad. Click here to subscribe for more news, features and opinion.