Brand safety is back: 300 American brands hit on YouTube 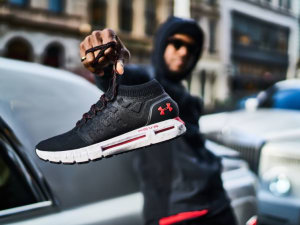 Under Armour has paused its YouTube advertising in response

More than 300 companies and organisations have been implicated in the latest YouTube brand safety saga exposed by CNN.

Adidas, Amazon, Facebook, Netflix, LinkedIn, Under Armour and more have been found advertising next to YouTube channels promoting Nazis, paedophilia, propaganda and videos about white nationalists.

In response to the scandal, Under Armour has paused advertising on the platform after it was informed its ads appeared on a white nationalist YouTube channel called ‘Wife with a Purpose’.

The news comes as a blow to Google-owned YouTube, which has been strengthening its brand safety controls over the last 12 months following a widespread boycott of the platform in 2017.

While AdNews has found no evidence of any the latest American examples impacting Australian advertisers, it’s likely to raise further questions about whether YouTube can effectively protect brands on its platform.

Speaking to AdNews in April this year, Google head of trust and safety Arjun Narayan admitted YouTube will never be able to promise 100% brand safety, but the business is working on safeguards for advertisers.

Ironically, P&G chose this week to announce it would be returning to YouTube after pausing ad spend for nearly a year.