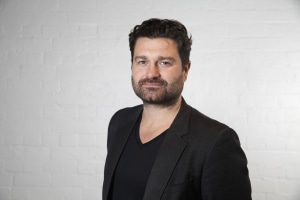 The Guardian Australia CEO Ian McClelland is set to move back to the UK to take up a new role as managing director of corporate development at Guardian Media Group.

Evelyn Webster, current interim Guardian US CEO, has been appointed as CEO of both Guardian US and Guardian Australia.

McClelland spent five years setting up the media company in Sydney and the business is now on the hunt for an MD to lead the national office.

McClelland, who was a founding member of the Australian office, will relocate to London in April 2018 to take up his new role, having achieved his five-year business plan of financial sustainability for Guardian Australia.

The digital edition is forecast to reach around break even at the end of March 2018.

In his new role, McClelland will focus on using the Guardian’s global assets, capabilities and networks to develop new products and reach new markets and customers.

Under McClelland’s leadership the business has increased its audience 156% since launch and has become the fifth most read digital news brand, reaching 2.8 million readers in October, according to Nielsen data.

“It’s been a huge privilege to help launch and grow Guardian Australia, which has become a vital and distinctive news source for millions of Australians," McClelland says.

"It’s satisfying to be leaving Guardian Australia in such a robust position; from our brilliant journalism to our strong relationships with advertisers and readers.

“I’m very excited about my new role and helping to put the Guardian on a long-term path to sustainability.”