Optus, Telstra and Vodafone threatened by ACCC over misleading ads 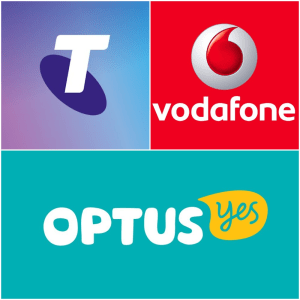 The consumer watchdog has told telcos to clean up their advertising or face further court action.

Between March and June 2018, Optus, Vodafone and Telstra advertised mobile data plans with a headline claim of ‘unlimited’ mobile data, but the services had speed caps imposed on particular uses or after a certain data threshold was reached.

The ACCC stated that should the companies not solve the issue immediately, higher penalties could be issued and executives who willingly approved of misleading advertising could have further proceedings brought against them.

The headline claims were, in most cases, qualified with disclaimers that were not sufficiently prominent or clear to explain to consumers the existence and impacts of the limitations, in the ACCC’s view.

Running concurrently with this action from the consumer watchdog, The Federal Court forced Telstra to halt its most recent ad campaign as part of a separate legal stoush with Optus.

The Court considered Telstra advertisements with the tagline “One word for Australia’s best mobile network. Unlimited”, and found they were misleading or deceptive in contravention of the Australian Consumer Law.

Following the Federal Court’s findings and the ACCC’s interactions, all three retailers ceased using the headline claim of ‘unlimited’ to advertise their mobile data services.

“Telecommunications companies should be wary of using absolute claims like ‘unlimited’ where that does not give a true picture to consumers of what is being offered,” ACCC chair Rod Sims said.

“With much higher penalties now available for breaches of consumer law, I hope they will take their obligations more seriously. From now on consumer law penalties will seriously affect their bottom line, and we will not hesitate to seek the highest possible penalties.”