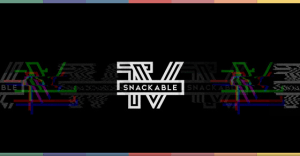 Snackable TV has closed its Sydney office following mass redundancies and resignations at the media company.

In the most recent redundancies last week, the publisher, which rivals the likes of Pedestrian and Junkee Media, made its remaining three full-time staff redundant as plans to move its operations to Byron Bay commenced.

The news comes as questions have been raised over Snackable TV’s $300,000 government startup loan, which was awarded to the company in February to expand its team to 50 full-time staff within the next three years.

The loan was granted five months after the official launch of Snackable TV, which produces short-form TV content aimed at 13 to 30-year-olds and is owned by Kontented.

Sources raised concerns to AdNews about where the loan money was spent, as there have been no new hires made in the past three months and there were multiple cuts made throughout 2017.

However, founder Kate Edwards stated business has already “dutifully repaid” the loan to Jobs of News South Wales, in light of the business move.

Jobs for News South Wales tells AdNews it monitors its loans and grants and they are set against “strict eligibility requirements and milestones”, but couldn’t comment specifically on Snackable TV.

Staff were told last week by co-founder, and Edwards' husband, Shae Constantine, that Snackable TV’s business “wasn’t working” and the office would relocate to Byron Bay, where Edwards and Constantine live.

AdNews understands that only three full-time staff were employed at the company at the time of the last redundancies. In April, Snackable TV founder Edwards told Smart Company it had a team of 15, up five members from December 2016.

Edwards declined to comment on how many staff were impacted by the redundancies, but issued a statement to AdNews:

"We are relocating the operations of Snackable TV to the Northern Rivers region of NSW based at Byron Bay.

“We still have our contract and freelance crew, producers, directors and senior client service administrators in Sydney and Melbourne. We will be hiring staff to fill roles in the Northern Rivers of NSW.

“We will also be looking to expand a crew into Brisbane/Gold Coast. Byron Bay was recently voted the creative capital of Australia and we’re looking forward to what the region has to offer our metro city based clients and regional clients alike.” 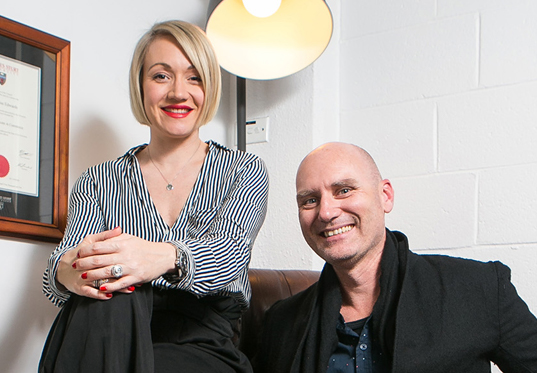 Staff woes and Tropfest past

AdNews has also been informed of management clashes at the company which led to the resignation of up to 10 staff in 2017. It's thought some staff are in legal disputes with Kontented, seeking “unpaid” commission and payouts.

AdNews put this to Edwards and she responded saying: "Any staff that have had their employment relationship changed with Kontented have had so done in accordance with the law, full redundancies were remitted to any Sydney office staff affected by our move including full benefits."

There have also been allegations of bullying from several former employees. AdNews has viewed formal documents that have been sent to Edwards and Constantine outlining concerns over bullying in the workplace.

Edwards refutes these allegations, adding she believes someone is on a "witch hunt" and the allegations are coming from one staff member who was fired for misconduct. She did not comment further when AdNews informed her the allegations have come from four ex staff.

Sources also approached AdNews with allegations that Edwards plans to bankrupt Kontented as a way of escaping the ongoing legal conflict. Edwards firmly denied this allegation.

"Kontented and Snackable TV are not sister businesses they are the one company. So it's rather impossible for one to do any such thing financially to the other – they are one and the same," Edwards said.

Constantine and Edwards have owned several businesses, including entertainment agency Intersection, which was linked to the cancellation of film festival Tropfest back in 2015.

The duo launched Intersection back in 2014 and quickly won the Tropfest account. Soon after, Tropfest was cancelled and in an article in The Guardian its founder blamed the downfall on “irresponsible management” of the festival by Intersection and noted a discrepancy of six figures.

At the time, Constantine made a statement on Facebook, which was later removed, that said the agency quit Tropfest in 2014 over a dispute around unpaid invoices.

Last year, Intersection was folded into Edwards and Constantine’s other agency, Fostered.