‘We are the Netflix of short-form content,’ says Snackable TV founder 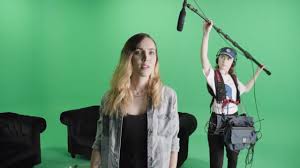 Taking on the world’s largest content giants is no easy feat, but Aussie publisher Snackable TV is confident its model is the “Netflix of short-form content”.

“We’ve got a core rule that we stick to that makes us different from everyone else," Edwards tells AdNews.

She said if Channel Seven would accept a certain type of video content and, for example, it would appear in a segment by Kochie, it’s not cool and is not relevant to its audience.

“We have mimicked what has worked well for Netflix, which is they only make 10 really good shows a year. They make thousands of shitty ones that keep people interested and then hero shows that become famous," Edwards says.

"It’s called heroes and hygiene and it’s worked well for us.”

Despite success in the Australian market, Edwards has set her sights on taking Snackable TV global.

“The sheer reality of the size of our market is it’s just too small. We’ve already got most of the market here. Why would I spend millions to increase my audience by 10% when I can spend the same and increase it by 3000% overnight?” Edwards says.

Having “maxed out” its market share in Australia, Snackable TV has big aspirations for its launch into the US market.

“We’ve had a stronger reaction to Snackable outside of Australia rather than locally because our rivals don’t like the idea of another player coming into the competitive set,” she says, adding it can’t afford to run $50,000 campaigns like its competitors.

“The big guys own everything now and there aren’t many little guys left. There should be a celebration about the little guys, because if you take all the independents out, the players left are all the same.”

One of Edwards' frustrations with the Australian market is the “bullshit that plagues the industry”.

She strongly opposes claims that rival publishers were first to market in the youth space.

When news of Pez's launch made headlines last month, rival Junkee Media CEO Neil Ackland said the move validated the company's "original thinking" in the launch of Punkee, implying Pedestrian may have been inspired by Junkee’s moves.

However, Edwards has questioned the “original thinking” of both Pedestrian and Junkee, claiming it was the first title to launch with a youth strategy.

“Both publishers have taken inspiration for their 'original thinking' and 'youth strategy' from Snackable TV, which actually launched months before both of them and has over 150k UB (unique browsers) per month and more than five million interactions on social media per month. So it seems that this amazing brand of 'original thinking' is indeed not so original at all,” Edwards says.

“They may have deep pockets that allow them to talk about their initiatives more, but it does not make them first to market, nor does it make them 'original'.”

Edwards feels that because Pedestrian has the backing of Nine and Junkee now has oOh!Media, Snackable TV has been “ignored” and underestimated.

“The hardship for us is watching Junkee and Pedestrian pick the eyes out of little bits of what we are doing and then bastardise it in terms of advertising.

“If the market had a little more foresight they’d realise there isn’t really a video youth offering. There are publishers, but there isn’t a video portal for the demographic.”