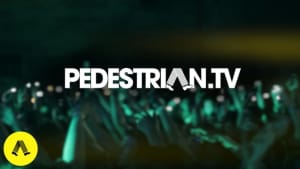 In what looks to be another blow to the Audited Media Association of Australia (AMAA), Pedestrian TV has pulled out of group’s digital traffic measurement service.

Bauer Media’s Australian Women’s Weekly has also decided to remove itself from the service, referring to the web measurement as "redundant" given the site is measured by Nielsen.

“Originally the AMAA pitched the service as an offering for small publishers. But we have outgrown that now. We are a significant player in the youth market and we were being lumped in with smaller niches,” Wirasinha tells AdNews.

Wirasinha says he is disappointed the AMAA failed to innovate, as he believes the industry is in need of a third party auditing system. However, he believes the measurement only works if a large scale of the market gets on board, and right now there is a “lack of market participation”.

“There’s a lot of cowboys in digital and there’s a lot more to be done to improve the landscape. Neither AMAA or Nielsen are really doing it so there isn’t much progress," he says.

“It would be great if there was a market standard that was highly accountable, but we don’t have that at the moment.”

A Bauer spokesperson said: "The Australian Women's Weekly and the majority of Bauer Media's websites, as well as those of our competitors, are measured by Nielsen which is endorsed by the IAB as the industry currency.

"The web measurement of The Weekly through the AMAA was a legacy issue and is redundant given the site is measured by Nielsen."

There is a level of “metric fatigue” in the industry, with publishers unsure where to place their money for the most transparent results valued by agencies and advertisers.

"Digital is highly measureable. It’s ridiculous we are working in a non-transparent space where the numbers fluctuate. There should be one industry metric that everyone subscribes too," Wirasinha says.

“The AMAA figure is very similar to Nielsen. We found we were getting the same number twice. While it was once important to get the number from an industry body, it doesn’t really mean anything if no one in the industry cares about it."

Wirasinha’s views follow Fairfax’s recent decision to remove its digital titles from the group’s audited circulation measurement. Fairfax boss Greg Hywood referred to the audited figures as an “incomplete measure”, which also led to News Corp questioning its involvement in the measurement.

At the time, AMAA CEO Josanne Ryan defended the metric, adding media companies shouldn’t throw the baby out with the bathwater, rather work together to find a solution.

In the latest statement issued by the AMAA, Ryan says: “The AMAA Digital Analytics Service was established to support mid-small publishers that found some inconsistent reporting in the hybrid model of Nielsen Online Ratings audience measurement at that time in 2012.

“It was never designed to offer a service comparable with or in competition with Nielsen digital audience measurement, which is the IAB-endorsed provider to the industry.

“The AMAA is not a digital analytics specialist, like Nielsen or Comscore, we are not producing audience data or cross platform metrics, we are providing validated traffic measurement, including an audit layer for member sites on this service.”

With the AMAA set to “dramatically improve” its digital measurement, Wirasinha says Pedestrian TV would opt back in to the service if it offered a more in-depth and accurate insight.