Will we ever reach the future of video (Part 2) 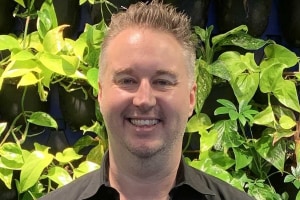 As highlighted in Part One, Craig Cooper, chief investment officer at Carat Australia, has been contemplating if we will ever reach the future of video.

The TV Broadcasters have been busy evolving their BVOD offering over the last few years, which has resulted in some of the most impressive and sophisticated platforms globally. The mandatory sign-ins, whilst slightly clunky from a new user perspective, do deliver the networks with much deeper data layers that could allow for more precise audience targeting – they would most certainly be the envy of many international BVOD platforms. With the cookie-less future looming (end of 2023), this first party data may prove to be priceless for advertisers but BVOD in Australia isn’t without its flaws, as witnessed with the ongoing frequency cap issues.

The frequency cap issue involves the many ‘pipes’ available to trade BVOD inventory – in other words the multiple avenues we can buy BVOD today; be it by direct Insertion Order (IO) and/or programmatic desks/DSP’s. Programmatic trading desks were originally created to manage the automated trading for non-video digital activity (Display etc), however as VOD has been a more recent addition, it has led to programmatic desks sometimes unable to recognise Connected TV Device IDs, let alone the alternative Video ID’s, such as Samsung (Tizen ID) and Telstra TV (Roku ID) etc. The frequency cap fault seems to sit with both the programmatic desks and broadcasters not being able to handle all relevant Video ID’s under a standardised framework. If you then add in the different technology that comes with each DSP, SSP’s and adservers, it’s no wonder there is confusion and issues surrounding frequency capping. For BVOD to truly succeed in Australia, this needs to be fixed – both from an advertiser and end consumer experience.

One solution the broadcasters believe could resolve some of these issues is the creation of a BVOD marketplace called BVOD Connect. Conceptually this would be a ‘walled garden’ marketplace of 7, 9 & 10 BVOD inventory that uses the VOZ OzTam ID as a universal identifier and should minimise frequency cap issues and improve effective reach within this space (Note: At the timing of this original article SBS and Foxtel have also been approached to join BVOD Connect but no formal agreement has been reached). There are mixed industry feelings on BVOD Connect, mainly driven by a nervousness around historic VOZ integration and also the potential loss of negotiation power with broadcasters if all BVOD inventory is isolated under one platform. This broadcaster-led initiative has been shrouded in secrecy to date, and for good reason as it could bring an end to programmatically bought BVOD inventory (which could result in increased broadcaster revenue yields) whilst also seriously combatting AVOD platforms with its collective scale. The devil maybe in the detail with BVOD Connect, but it’s encouraging that the broadcasters are attempting to resolve a lot of the current industry frustratations, with its creation.

The one VOD platform that has captured the hearts and minds of the global video consumer and birthed new VOD behaviours such as ‘bingeing’ is the SVOD market. Whilst the leader is most certainly Netflix, we now see the likes of Prime Video, Stan, Disney+, Apple+, Paramount+, Binge, Brit Box and many others enjoying subscriber growth, both pre and post the COVID-19 era. Each of these platforms are housing huge volumes of well-known content and also producing a significant amount of Original content – which has significantly accelerated in the last 18 months.

These SVOD services have been primarily financially underwritten by the revenues generated from the consumer subscriptions, and therefore not advertising reliant. But it appears, we may be seeing the winds of change in this space, with indications from Netflix on their advertising funded model mindset shift - from a historic hard ‘No’, to ‘Never say Never’ and now being ‘Open to a cheaper ad supported plan’. This shift has most likely been driven by Netflix’s Q1 2022 announced subscriber results, that highlighted the global platform had lost 200,000 subscribers and potentially up to a further 2 million lost subscribers in Q2 2022; this announcement saw an initial loss of 25% from Netflix’s share price – wiping a massive $50b off their market capitalisation.

A move by Netflix, that in the next 12-18 months they could entertain an advertising model, will surely pave the way for other SVOD platforms to follow. (Disney+ have also publicly stated that they will be offering an ad supported model by end of 2022). Locally, the SVOD platform Stan, which was acquired by Network 9 in 2018, has already started to blur the advertising lines with accepting client branded integration into the Rugby Union simulcast on its platform. We believe advertising will continue to seep into SVOD environments, and in doing so, create even more fragmentation within the commercial video landscape.

SVOD advertising comes full with new opportunities, as well as some hurdles, for the advertising industry - the primary concern being how do we accurately measure these platforms when they don’t subscribe to the same scrutiny or methodology as BVOD, or even to a lesser extent AVOD. SVOD platforms have been fiercely protective with their audience data to date, and they could afford to, as their customers were 100% paying subscribers. If an advertising model does eventuate, the SVOD platforms may choose to provide slightly more understanding of their audiences but it’s likely to be top line and perhaps not in a consistent format between SVOD platforms. This makes evaluation and comparisons again very difficult and therefore imperative that we leverage current (or even future conceptual) data and/or technology to help provide a universal metric that would cover BVOD, AVOD & SVOD environments.

One such company, Samba TV, is already making strong advances in this space - in particular with their Automated Content Recognition (ACR) software that sits within smart television screens. The ACR analyses and understands all content that consumers watch on this screen – so it can monitor broadcast Linear television, BVOD, AVOD, SVOD and even gaming console content. Whilst Samba TV has the ACR software in the lion’s share of television manufacturer brands, it doesn’t have all, which makes this solution another huge step in the right direction but not the perfect one. (e.g. Samsung have chosen not to partner with Samba TV and investigate their own technology in this space). It is however this type of technology-based innovation that will allow us to truly understand device agnostic, consumer behaviours across Linear television and Digital Video and even determine what content is more successful than others against a wide variety of demographics or cohorts.

ACR, or similar such technology, will get us closer to the Nirvana that we are aiming for in the video landscape and help to create more advanced attribution products by giving us a holistic view of consumer video consumption. It’s crucial that advertisers can target both linear or digital video consumers, across BVOD, AVOD & eventually SVOD on an individual basis but still delivering mass reach, and then be able to report on it accurately. To understand what a consumer has watched, in what order, and what action (if any) they have taken and how we can then provide relevant and timely messaging is powerful and exactly the future of video we wish to achieve.

Are we there yet? Perhaps in parts, but not as a whole, and it’s the video and advertising industry’s challenge to continue collaborating and leverage whatever the best technology or platform can help us deliver a future proofed video reality.

Source disclaimer: Several sources have been utilised as reference material for Part One & Part Two of this article. For the purposes of media expenditure data, we chose to align with SMI (Standard Media Index). The main reason for this was that it would provide an ‘apples v apples’ comparison for linear and digital video formats/publishers. There are however some caveats that should be highlighted. Programmatic Desk Video activity in SMI is listed as a one-line item, but we understand that this inventory could be divided into both BVOD, YouTube and potentially Social Media Video - from our estimations this would be close to a 40/40/20 split (Social Media Video is predominantly bought via self-serve and therefore listed under the correct Social Media publisher in SMI). The coding of ‘Video’ in SMI relies on each agency group having loaded this correctly with ‘Video’ tags for it to flow through to the SMI database – we would assume that this would be at least 90% accurate. SMI as a database only collects spend that is transacted through agencies, therefore direct client spend (those without a media agency) would not be included in SMI – We estimate SMI covers 60-70% of total spend in Australia across all channels, with the difference being direct client spend. We have referenced 2014 as a comparison in some areas, and this was chosen as it was the first year that SMI began collecting Digital Video spend in Australia.