Why haven’t we broken a story about Australian advertising’s Weinstein yet? 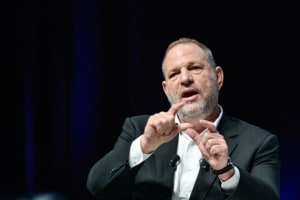 The news that the advertising industry in the US has come together to publicly join the Time’s Up movement is incredible.

Everyone reading this will know that this behaviour has, and still does, occur in Australian agencies. We know there is a Harvey Weinstein of Australian advertising (or several). A lot of people could probably name him.

It would be great to see Time's Up Advertising come to Australia and some of the female leaders of agencies in Australia join this public movement. Here’s looking at you Kimberlee Wells at TBWA Melbourne, Melinda Geertz at Leo Burnett, Nicole Taylor at DDB, Lindsay Evans at The Special Group, Rebecca Bezzina at R/GA, to name just a few of the powerful female creative agency bosses in Australia.

These women, and their male counterparts in Australia, are making changes to their agency cultures. Agency policies are evolving and there is a keen awareness that behaviour that was accepted, endured and swept under the carpet in the past, isn’t now.

Since the Harvey Weinstein scandal broke in the US last year AdNews has spoken with numerous people about the issue in Australia. A number of chilling accusations have been made about several male agency leaders in Australia. There is one in particular that turns my stomach.

With great gusto last year I wanted to publish, to name names and hold these individuals to account. It’s one of my biggest regrets that at the end of this week I will leave AdNews, not having done so. The investigation doesn't end with me, but there are a great many complexities at hand.

Knowing something is true and being passionate about a cause is very different to being able to publish it.

The problem lies in getting those accusations on the record from people willing to be the face of the accusations, and to take further action.

As The Daily Telegraph found out late last year.

It published a front page expose alleging that the Sydney Theatre Company had received a complaint about the actor Geoffrey Rush back in 2015. It linked the actor to Harvey Weinstein.

Rush sued The Daily Telegraph for defamation, seeking damages and claimed that those claims were not verified before publication. AdNews is not making any comment on the original allegations, or the legal proceedings.

I desperately want individuals who have behaved so poorly to get what they deserve. I want them to be removed from their positions, to be publicly shamed and for everyone to know what despicable behaviour they are capable of. But only If it can be done responsibly, with 100% legal integrity that protects the accusers and the publication.

This is more than a story to break. It is people’s lives.

I believe the women and men that I’ve spoken to, those that have broken down in tears recounting the diabolical way they have been treated at the hands of these men.

But I also believe them when they say they don't want to, and physically can’t, go on the record.

There are understandable reasons why the women, and men, that have spoken to AdNews do not want to go public.

For some it dredges up a lifetime of horror that many have spent years getting over.

There are those that angrily want to distance themselves from it.

Some blame themselves for allowing it to happen.

Others feel sadness. Others fury.

As agency CEOs these men are powerful. They have powerful networks and the Australian advertising industry is a very small world. Some believe that it would have a detrimental impact on their professional career. Others don't want to destroy their personal lives, which for some have had to be rebuilt after being decimated by the fallout from the sexual harassment they endured.

Some have left the industry and don't want to be brought back into it.

Some of the male witnesses that have spoken to AdNews to corroborate claims are also unwilling to go on the record. They don't want to tell tales, or be dragged into it. They don't want to be associated with that behaviour.  For some it makes them feel complicit that they didn't speak up sooner.

There is one particularly agency leader that remains in his role, that makes me feel physically sick and angry that I haven't done more.  But I’m not going to force anyone.

While I have the accusations from individuals, it’s difficult to go to an agency CEO or board and ask them to defend or admit  to allegations that remain anonymous and non-specific.

Specific lines of enquiry would identify the victims that don’t want to be identified.

Did you sexually harass several women at your agency between 2000 and 2018? Did you make their life a living hell? Did you destroy their confidence, their relationships, career and their love for the industry?

Did you rule over them with fear, using your power as their employer and your influence in an industry in which they wanted to succeed to threaten them?

Did you objectify female staffers and engage in completely unacceptable behaviours? Did you physically violate women at industry events and get away with it?

Did you force yourself on women on your staff, and get them to sit in your lap, implying that rejecting your advances would be the end of their career?

Did you force women to sign NDAs so that none of it would get out?

But does that make me able to publish it? No.

So for now you remain, waiting for the day to come, quite likely exhibiting the same behaviours.

If you are the MD of an agency and you know the founder, chairman, CEO, ECD or any other person in your organisation has engaged in these behaviours, it's your responsibility to come forward and say ‘enough is enough’.

It’s on you to do the right thing and protect the rest of your staff.

I hope that the Time's Up movement, and the advertising arm of it that has begun in the US makes it to Australia. And whether these names ever become public or not, I hope that men and women in the industry become more empowered to shut these behaviours down.

I might not be at AdNews to see it happen but Pippa Chambers, the new editor, Lindsay Bennett and Arvind Hickman are all ready and willing to take it further.

This issue remains fully on the AdNews agenda so please get in contact with them if you have something to share that can take it where I haven't been able.