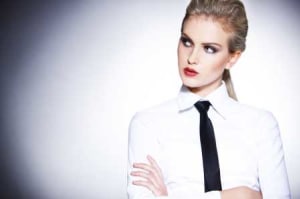 There is still a stigma around being seen as a troublemaker for people who make formal allegations about sexual harassment in agencies.

Fears that they won't be taken seriously, or that it would have a negative impact on their own career are also reasons, according to a survey conducted by Clemenger BBDO Sydney.

The reasons many women don’t come forward about experience harassment will not surprise most women. However, it may surprise some men.

A recent survey by The Agency Circle found that 42% of people in Australian agencies had experienced or witnessed sexual harassment. However, a flaw in the research was that it didn’t qualify if that was at their current agency, or elsewhere, and when it occurred.

For Clemenger Sydney MD Emily Perrett, also chair of Agency Circle, it was critical to find out more to see how big an issue it was at the agency today and what needed to be tackled directly, and how much of that was from experiences in the past and elsewhere.

The agency worked with market research firm Hall & Partners to do a follow up survey.

Perrett tells AdNews: “We all know this, but we can’t underestimate how much people don’t want to talk about the issue.

“For that reason, we ran the survey through Hall & Partners (CGL research company) with Government levels of confidentiality. That definitely helped boost response rates.

“As a world, and an industry, we have to get comfortable talking about this stuff. We have to lead those conversations and take the onus off the victims of this kind of behaviour. People get in trouble for speaking up, not speaking up, speaking up at the wrong time and more.”

Perrett went on to say that the results showed people want a clear policy on sexual harassment (65%) and information sessions on the topic (33%). It’s delivering both using internal and external facilitators, and circulating and presenting its policy to all staff.

If you have seen or experienced anything and you want to speak up, contact AdNews editor Rosie Baker rosiebaker@yaffa.com.au and have an off the record conversation, or contact Cindy Gallop on cindy@ifwerantheworld.com, as many have already done. You can also seek legal advice, or contact another person in the industry you trust and get their advice if you're not sure what to do - there's strength in numbers and you won't be alone.

The problem in adland is very real. It might be that it’s historical and that things have improved greatly in recent years, I’d like to think so, but it still deserves to be outed.

Clems’ results probably depict a picture that would be repeated across advertising. With fear of repercussions, not being taken seriously and a damaging impact on their career, it’s no wonder that so many people suffer in silence and turn a blind eye.

It’s no wonder that women are afraid to come forward. And no wonder there are decades of non-disclosure agreements (NDAs) and legal cases where those who have stood up to this bullying and harassment have been silenced by those in power - people who sit in the corner office, sign off the pay checks and whose names are often above the door.

I’ve heard tales in the last week of diabolical things going on in agencies in Australia. Tales of sexual misconduct, harassment, intimidation and bullying within agencies that are respected and from individuals that are held in high esteem. It's behaviour that doesn’t befit the regard I hold this industry in.

I’ve had senior women almost in tears on the phone as past memories and experiences are brought back to the surface as we discussed the offenders, the potential outcomes and approaches.

Men have called me and said they feel guilty for letting it go on, but they don't want their careers to be stalled either.

Others have said they’ve never seen or heard anything.

And yet still, all are afraid to come forward and put their names in print.

Will names come out in the advertising market? I think it’s inevitable, if not imminent. The list I have shows a pattern and it’s growing, but it needs evidence, and a lot more men and women to stand up and come forward to share their experiences and what they’ve seen and heard. I’m not looking for rumours, but realities.

I’d like to again urge people in the industry who do have an experience, or have witnessed anything to come forward in some way.

Contact me on rosiebaker@yaffa.com.au, in complete confidence and anonymity or Contact Cindy Gallop on cindy@ifwerantheworld.com, as many have already done. Contact another person in the industry you trust and get their advice. Seek legal advice as I know some already are.