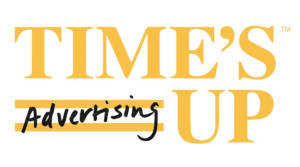 More than 180 of the biggest names in advertising in the US have come together to join the Time’s Up movement and hold advertising accountable.

These women have made it to the top but not without seeing their fair share of harassment and out of date power dynamics that keep women and other underrepresented groups back in advertising.

Now they want action so current and future generations don't have to endure what many of them have in the past. They are pledging new policies, practices, decisions and actions that will “result in more balanced, diverse, and accountable leadership; address workplace discrimination, harassment, and abuse; and create equitable cultures within agencies”.

The Time's Up Advertising  group has posted an open letter and each woman is pledging to hold their workplace accountable.

AdNews spoke with DDB global CEO Wendy Clark at the tail end of 2017 and asked her thoughts on the Weinstein revelations and its equivalent in the advertising industry, she said: “If we don’t take this as a moment to truly stop, and instead of saying ‘oh it’s so disappointing,’ move from narrative and rhetoric to action.

“We have to hold ourselves accountable and take actions that eradicate it and at the same time, advance women. I feel an immense responsibility. I feel the eyes looking at me – mostly internally, externally sometimes. The women at DDB have an expectation that I will make this better. I am keenly aware of that and I don’t hide from that. If they can’t have that expectation of me, then who should they have that expectation of?”

When asked if she thought that there would be a Harvey Weinstein equivalent in the advertising industry named, she said: “I don’t know … I’m sure there are stories out there. I’m sure there are. But my hope is that we don’t have to create that inflection point to take action.”

Time’s Up Advertising will be holding community gatherings on 14 May in New York, Los Angeles, San Francisco and Chicago.

Time's Up emerged as an movement for action after the Harvey Weinstein scandal emerged and the #MeToo movement took hold.

Read: Why haven’t we broken a story about Australian advertising’s Weinstein yet?

Here’s the full letter. You can also check out the action plan here:

“Hey, Sisters, we know.
At the end of January, a small group of us came together to talk about what was going on in the industry and in our offices and what we could do about it. That long night turned into more meetups and phone calls, and hundreds of emails. Many hundreds of emails. Along the way we have grown from 14 women to 180.

We had a lot of questions. We questioned ourselves and each other, and we shared and heard stories that made us both sad and hopeful. As representatives of both independent and holding company agencies, we saw that we had a lot of different processes and procedures that were designed to help but aren’t enough on their own.

We don’t for a minute believe we found all the answers. We found some. You’ve searched and found them too. The answers are there; they just need to be picked up and realized. Answers need to be acted on.

As women in senior leadership positions in advertising, we’ve agreed that we have the power to change this business we love until it looks more like the industry we want to lead.

As leaders, it’s on us to foster a workplace where people are challenged but still respected.

Sexual harassment is not OK. Never. No exceptions. No amount of talent, missed cues, or being great in the room unchecks the No Sexual Harassment box.

Old power dynamics are a lot of the problem. Power that blurs the lines between what you get to do/have/touch/ask for/expect and what you don’t. It’s time to talk candidly about the responsibility that comes with power.

We look at the lack of diversity in this group of women and see the long-term effect of power structures that encouraged some of us to rise but held others back. We see you. We see your talent. We see the gap. We want share of voice and share of power, for everyone.

As we build on the determination of the women and like-minded men in our industry and the agencies who have stepped forward, we’re stepping forward too.