Why digital marketing in 2016, will be like Saturday at the US Masters 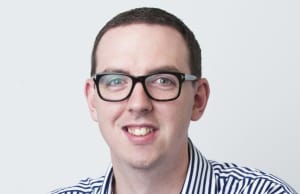 At this time of year, we regularly get asked to pull out the crystal ball and come up with the game changers our industry will be hit by in the coming 12 months and picking a winner can be like picking the Masters champion – you may as well draw straws.

That said, if the last few years have been characterised by talking about, launching, and trialling latest digital opportunities, I believe 2016 is going to have to see these truly change from “new” to “intrinsic”, or brands, agencies and publishers risk falling behind to the point of defeat. Further borrowing from the world of golf, 2016 is the year where the field has already been cut down to the leaders, now the real champions need to solidify their places at the top of the leader board.

While there has already been much written about the growth in digital ad spend, and we also have the spectre of wider economic shifts, bubbles and turmoil hanging over us – not to mention the breadth of areas “digital” now touches, the list of trends could be exhausting, but I believe the key areas across digital media which will see movement up the leader board, becoming fundamental rather than nice-to-have are:

The 2015 launches of ad-driven content arms across the publisher landscape, plus the growth of amplification businesses means brands who may have only previously dabbled, are now well supported to create, share and grow their content at scale in 2016. Added to this, the solidifying position of subscription video services such as Netflix, Stan and others in the market will drive the need to address users outside of normal broadcast ads.

The release of Oculus’ price point at CES last week shows virtual reality will be the buzzword in content and consumer tech but, though we will see some great 360 creative in 2016, it is still too expensive for consumers and is a way off becoming a main-stay of campaign planning.

We’ve had at least two years of talking about viewability and ad fraud and 2015 saw the initial shoots of brands using technology drive this forward. 2016 will see talk replaced with action as campaigns get traded on in-view and ad fraud, though not stamped out, is practically managed.

Our tracking of cross-screen interactions with our consumers will also improve – initial testing will give way to the full up-take of tracking user behaviour across screens as the mobile further becomes the key identifier of who a person is.

If the last eight years have been “the year of the mobile”, 2016 will be the “Year Of The DMP”. The most sophisticated brands have already shown the market the value that can be attained by leveraging their owned (first party) data for insights and targeting, and the coming year will see the flood-gates open for centralising and actioning data for advertising purposes… even if the brand doesn’t traditionally collect online cookies.

This data capability will be increasingly augmented via more accurate location data (Facebook and Innovid for example have localised products on the horizon) and as the volume of connected devices and wearables scales providing different, richer data points.

The double digit decline in US TV viewership seen in 2015 due, in part, to Netflix, will also spread to Australia seeing a huge growth in the demand for video ad inventory. As much of this demand will be in SVOD environments, it will initially go unfulfilled, but, building on the developments and announcements of 2015, the supply will grow as we see more of the programmatic opportunities from MCN, Seven, Nine and SBS.

We will also a great deal more of “simulcasting” – airing shows online at the same time (or even before) as broadcast – or online-only video content, which will grow the pool of online video ad supply. As we’re about to see with the Aus Open tennis, the Olympics will be the first real wherever, whenever, any screen global event – further breaking the wall between TV and online video.

If you’re not already putting mobile central to campaigns, you’re already missing out and given 65% of the online unique impressions in the latest Nielsen Landscape Report was on mobile devices and will probably increase to 75% in 2016, many campaigns this year won’t even have a “desktop” component. Google’s “Mobileggeddon” algorithm update last year means mobile is no longer a must, it’s the first, and often, only. Further on the SEO front, brands will need to start to consider optimizing to surface “information” over “websites” the use of Google Voice Search, Siri and Cortana continues to grow.

Where the last few years have seen programmatic grow in a bit of a darkened corner, 2016 sees it go far more transparent. This will be led by both the higher levels of attainable accountability noted earlier, but also as it stops being seen as a channel to drive sales performance at low CPMs, and the supply chain efficiencies automation and data targeting can afford come to the fore.

Online programmatic inventory will grow to cover “premium” inventory (look out for “programmatic direct” as a key buzz word) and the hype generate around programmatic TV, OOH and even radio start to arrive in the day-to-day.
That probably only goes a short way to scratching the surface of the multitude of opportunities that will come our way this year, but what is certain is that while the Championship may not be won in 2016 -  by not making these key areas intrinsic to digital marketing efforts, it can definitely be lost. 2016 will need to be “Moving Day”.