Will 2016 be the year of agency consolidation for brands? 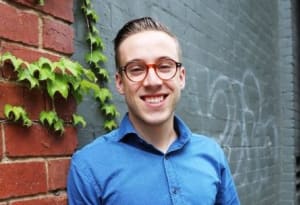 Just before Christmas, British-owned media giant WPP announced a ‘win-win’ merger with Australian communications giant, STW Group. Having worked for big companies including WPP (and the Dentsu Aegis Network), there is no denying that both companies are powerhouses in their own right and represent some of the biggest global brands. Owning a large share of agencies in a specific region can offer range, but flexibility can become a challenge once scale is achieved.

Brands often need the safety, warmth and predictability that come with the territory of large global agencies – and the ability to operate in key markets.

In 2016, the key to survival might not be delivering the biggest billings, as it was in the days of Harold Mitchell. The ad industry has seen smaller players emerge that are able to offer an equally capable and innovative full-service model at a lower cost to advertisers.

Over the last two years, STW’s earnings have suffered from “agency underperformance” which impacted the overall profitability of the agency model. It’s not simple to cull an under-performing area of any business, and not usually cut and dried.

In 2016 advertisers will look to consolidate their agency roster, and focus on a streamlined model that allows their brand and agencies flexibility to deliver on what they’re both setting out to achieve: success.

It’s easy to become naïve and complacent, believing that with sheer size comes safety and stability; we’ve seen big banks crumble, and brands that were prosperous 20 years ago have become little more than legend to younger generations. The difficulty lies in predicting what will change the industry and how the agency model will adapt.

Brands and agencies are undergoing a major shift, not only in how they choose to operate but how they respond to challenges posed by consumer wants and needs. Brands need to be able to respond to global emergencies and react according to consumer sentiment; agencies need to be able to turn around creative in real-time and work as an extension of the brand’s internal marketing functions.

There’s no official figure on the number of brands that utilise only global media and advertising brands, in the Australian market often an advertiser’s account for creative, media and PR are split across multiple agencies.

In media buying, we often talk of fragmentation across media channels. The same is occurring with creative and marketing services: fragmentation is causing brands to lose their way and seeing the bigger picture is often difficult if each agency has their own agenda.

The benefit of working with a smaller agency means there is flexibility in the services required and paid for. A smaller agency might not necessarily have their own production studio, developers, app-builders or photographer on site – but their ability to use trusted and reliable third-party businesses, freelancers and collaboratively work with brands means there is more flexibility in the end product delivered. It provides a different perspective to the traditional agency model, which implies that every service must be specifically owned and operated by the company, which as we have seen can cause profitability to take a hit.

Large agencies need to take note that there will not always be a safety blanket available, as brands and advertisers are a market force that we ultimately do not have control over as a collective group. It is inevitable that we will see the industry move and shake, but with it comes the opportunity to prove our worth.