The changing landscape and model of music streaming platforms 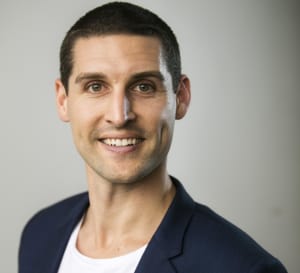 It’s no surprise the music industry hasn’t provided a successful or revolutionary solution to the dissolving revenue streams and profit margins as consumers change their consumption patterns. Why would they be any different to the media and news companies, telco or transportation services (i.e. Uber) where users continue to go over the top direct to the utility they wish to consume?

Music streaming services today operate in a very noisy market that lacks differentiation. The formula to date has been relatively straight forward: secure licensing for songs, build a platform through which people can access songs, after which they are either served advertising during the content (lite version) or choose to pay a monthly fee (premium) to remove ads and have a clean content consumption experience.

The highly competitive music streaming industry proved to be an early adopter of the ad-funded model, with the majority of music streaming services reliant on it for incoming revenue and subscriber numbers. Spotify this month reported that 50% of its 100 million active users are still not paying for the service. Similarly to content like news or entertainment, consumers want music for free and because there hasn’t been a better solution, they're willing to sit through interruptive ads to have it.

Others, like the embattled Guvera, tried bringing revenue in through brand-curated music playlists and other branded advertising solutions and partnerships. Guvera and its financials were infamously criticised last year when the company attempted to go public on the ASX with low revenues that proved this strategy was far from a sustainable model.

Popular music radio streaming service Pandora is also facing challenges, with a study this month indicating issues related to attracting and retaining listeners (Edison Research, 2017). This comes at a critical time in the company’s journey as it launches its Premium subscription offering to challenge the reign of Apple Music and Spotify.

Like its competitors, it’s priced at US$9.99 a month, providing users access to 40 million songs through on demand and offline access. With this introduction, Pandora is following its rivals and moving away from its core radio proposition. Like Guvera, it’ll definitely be an uphill battle for them as it's not differentiating significantly from what’s in market or offering a value exchange large enough to attract new users or advertisers.

Music services everywhere are trying to offer alternatives, with Apple Music announcing it was creating an original and exclusive video series to entice people to join and Amazon’s Music Unlimited is playing the price game by offering it at $7.99 (only if you’re a Prime customer).

Recent consumer research supports the ad-funded model that’s proving popular in the music streaming industry: Nielsen found 54% of survey respondents were open to value-exchange offers, meaning they were open to watching ads to access premium digital content; 29% said they preferred ad-supported content (they would rather watch mandatory ads than pay a fee).

At Unlockd we have a very different perspective. Give consumers the best of both worlds, enjoy the content interruption free and also give them premium access either heavily subsidised or free. This month, we launched Unlockd Stream, a dedicated ad and content funded mobile platform for content streaming services, launching with MTV’s own music platform for millennials, MTV Trax as our first client.

Unlockd provides an ad-funded model, where in return for viewing targeted ads, content and offers when they unlock their smartphones, MTV Trax users can enjoy the premium subscription tier for free but importantly, the model provides users with an ad-funded service that won't interrupt them in the middle of their listening experience.

What’s more is that advertisers, brands and publishers wanting to reach this highly digitally engaged audience have a unique and innovative platform to reach them on, at the engaged “unlock” moment, before Google or Facebook even get a look in.

These are just a few of music streaming services that like us, are investing heavily to differentiate themselves from their competitors in an effort to attract and retain customers as consumption habits change. As the industry continues to mature, we’ll be able to see which music streaming services have succeeded by putting the customer at the heart of their innovation and commercialisation strategies.