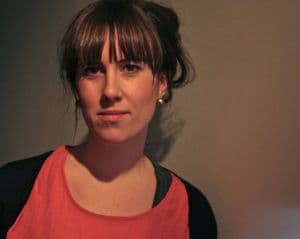 The photo of Leo’s recent creative hires—seven white men, all dressed in various shades of black and blue—has gone viral not because Leo’s has done anything terribly unusual, but because of how abjectly normal it is. And I’m not talking about the denim.

When Cindy Gallop Tweeted the Campaign Brief post with the title ‘What the fuck r u thinking?’, she drew attention to something that we already experience on a daily basis in this industry. Men continue to dominate creative departments not only around Australia, but across the world. This is again reflected in the Tumblr blog Too Many Guys One Girl, which highlights the many PR shots of award ceremonies and creative hires featuring predominantly men.

AWARD, with their focus on women in creative, have in recent years taken the names off AWARD School books; as soon as they did so more women started getting into the Top Ten. ‘Unconscious bias’ is a buzz phrase right now, and it is relevant here.

“Like hires like”, says creative recruiter Esther Clerehan, who has had a bird’s eye view of the creative hiring process for the past three decades. And when only 3% of ECDs are female, you can see how that could have a trickle-down effect. Having said that, agencies are aware of the problem of gender inequality, says Clerehan, and many do genuinely try to bolster their creative ranks with more women.

So what trick is it that we’re missing?

Family commitments are an oft-cited reason for women dropping out of the industry, and we have to take into account that advertising is one of the last white collar industries to (by and large) offer no privately negotiated paid parental leave—as a consequence many women drop out preemptively. (I personally know of a handful of women who have changed jobs for that very reason in the past few months.) Besides which, there are few senior female role-models to show younger women that it’s possible to have a long term career in creative, so it can be hard for them to envisage.

When we start to add together a. unconscious bias, b. poor family support and c. low confidence due to a lack of female role models (see points a. and b.), then we can start to make sense of Leo’s Seven White Men. They’re just doing what the rest of the industry is doing. But it’s not something they, or the rest of us, should be proud of.

Cindy Gallop was right to share the PR post and draw attention to the inequality of diversity it represents. But to elaborate on her pithily-titled Tweet: What the fuck are we going to do about it?